More than a year after the 2017 Tax Cuts and Jobs Act reduced tax breaks for homeowners, only the wealthiest Americans are suffering, according to a new report.

The real estate industry was concerned about the impact of two items in the 186-page law: limiting the mortgage-interest deduction to $750,000, down from $1 million, and capping the deductibility of property taxes to $10,000. So far, the only casualty has been the priciest end of the luxury market in some of the wealthiest U.S. towns, according to a report Monday from First American.

“At a macro-level, the tax changes have had virtually no impact to the housing market,” Deputy Chief Economist Odeta Kushi wrote in the report. “What we know 16 months into the change is that the highest price points of some of the highest-priced housing markets may suffer as real estate is re-priced to reflect the change in the cost of owning.”

The cap on state and local taxes, known as SALT, has not impacted the housing market nationally because it’s high enough that most homeowners are not affected, the report said. Median house prices have increased by about 5% since the law was enacted, according to First American data.

Economists expected to see the biggest impact in states such as California, New York and Connecticut, where both house prices and property taxes are high. However, statewide measures “have yet to see the anticipated impacts of the tax law materialize,” the report said.

“We must zoom in further geographically to see any meaningful impact on housing from the change in the tax law,” the report said. “Only once we zoomed in to the town level did signs emerge of any impact from the tax law change.”

In Eastchester, New York, about 20 miles north of Manhattan, the list price of homes in the highest-priced third of the market declined 12% in the year following the tax cuts while homes in the town’s bottom third increased 30% in the same period. There was a similar pattern in house prices in the Hamptons, on the eastern tip of New York’s Long Island, and other wealthy towns, the report said.

“The tax law may have reduced demand at the highest price points of high-cost markets, causing prices to fall,” the report said.

Check out the chart below for First American's data on the change in prices (click to enlarge). 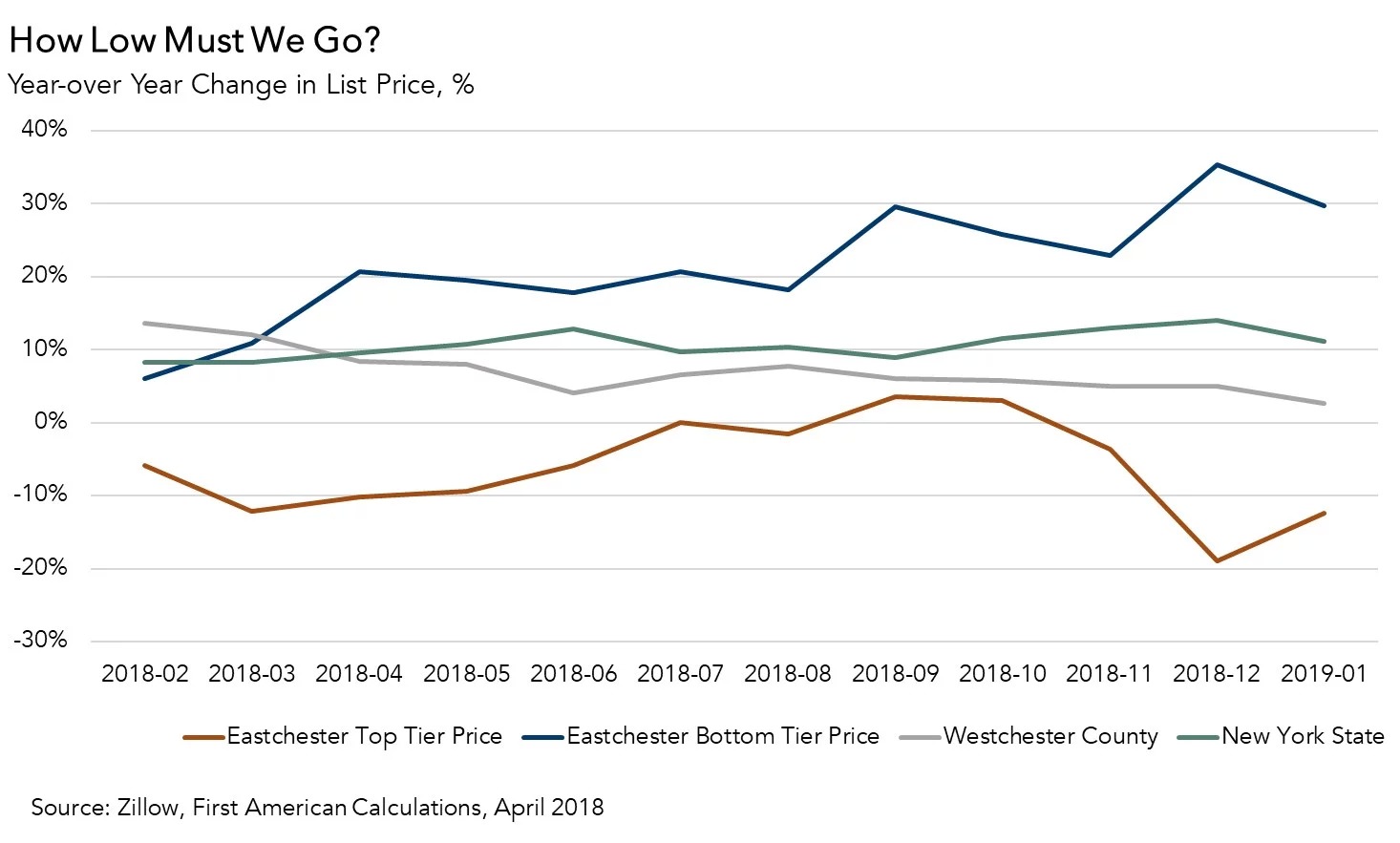