Iowa became the latest state to enable fully digital closings for mortgage transactions Monday with the passage of its new eNotary law.

Monday, Iowa Governor Kim Reynolds signed SF 475, an act providing for notarial acts, including by providing for the use of electronic media, providing penalties, and including effective date provisions.

The first photo above shows Reynolds signing the bill. In her lap she holds LenderClose Chief Operating Officer Benjamin Rempe’s daughter, who he promised could attend the signing if the bill was passed. 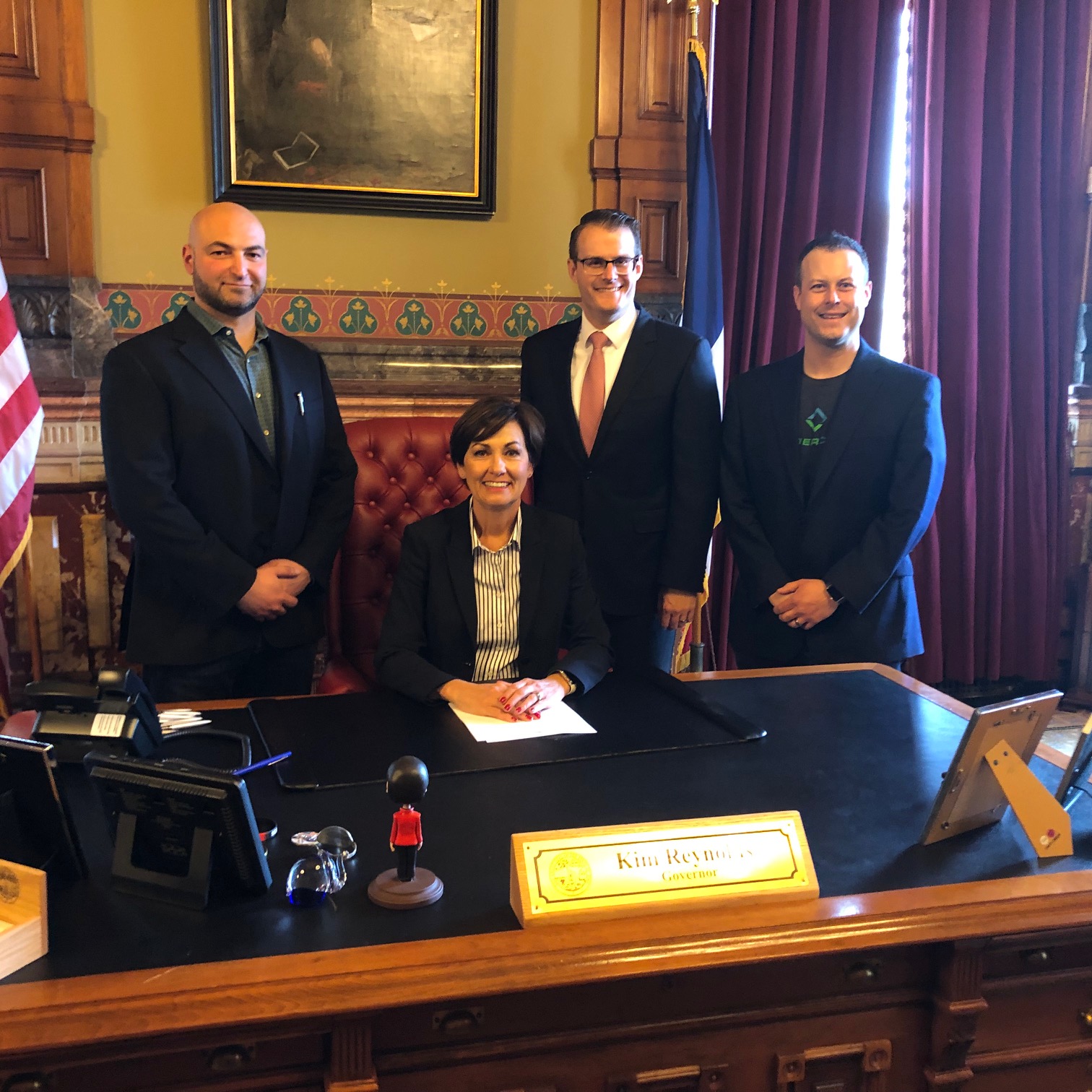 “My daughters held me accountable to getting this done because I promised them they could attend the bill signing,” Remp [pictured far right in second photo] said. “What an amazing moment to share with them.”

While e-mortgages are making strides in the housing industry, eClosings are still rare, mostly due to state restrictions surrounding eNotaries. However, that is slowly beginning to change.

Now, Iowa has joined the growing list of states that now allow for remote notarization.

The Consumer Financial Protection Bureau issued a series of orders Thursday that will require large tech companies to hand over information on their payments systems to better understand how these firms manage and access users personal data.