[Update 1: This article is updated with new data covering the breadth of Stryker's employment at Guaranteed Rate provided by GR.]

If you run in retail loan officer circles, you may have heard of Stryker.

Most recently, Jim Stryker provided some of the rocket fuel behind the Loan Officer recruiting efforts at Guaranteed Rate, where he reportedly helped run the retail mortgage giant's efforts in the Western part of the U.S.

According to information provided to HousingWire by Guaranteed Rate, Stryker was one of 35 regional managers at Guaranteed Rate, reporting to one of the mortgage lender's seven divisional managers, who in turn report to two chief retail production officers. The company adds that Stryker's employment at GR ran from October 2015 to March 2019, during which time he originated $5.2 million in total loan volume. More recently, Stryker’s region was comprised of 43 total loan officers, and originated $420 million in total loan volume in calendar year 2018.

For context, Guaranteed Rate works with 1,700 loan officers and did $24 billion in total loan volume in 2018, the company said.

And now, Stryker is joining another major mortgage player, Movement Mortgage, to lead sales and business development across the same market. Stryker also has held leadership positions at JPMorgan Chase and Bank of America.

This news is a first for LendingLife readers, and bodes well for Movement as it looks to expand in markets, riding on the success of its acquisition of Eagle Home Mortgage. 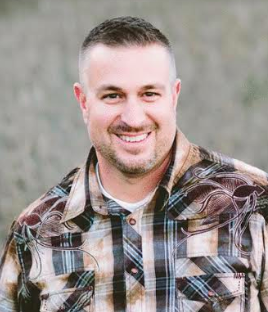 “I am honored, grateful and incredibly excited to be at Movement Mortgage,” Stryker tells LendingLife. “I love that Movement invests in its communities, loves and cares for its people, and at the same time, operates an incredibly successful, well-capitalized, independent mortgage business that is changing this industry for the better with an open heart.”

According to details provided by Movement, Stryker has personally originated more than $1 billion during his entire mortgage career and overseen teams that have originated more than $7 billion. He is licensed in Washington, Oregon and Idaho and recently performed onstage at GR Palooza in Seattle.