With the recent turnover in leadership at the Federal Housing Finance Agency, we may be standing at the precipice of great change in the government’s role in supporting the mortgage market through Fannie Mae and Freddie Mac. 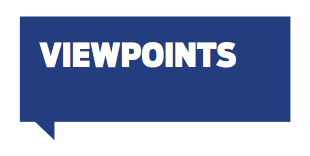 As part of its effort to reduce taxpayer exposure, the new regime will likely look to reduce the government’s role in the market by reducing the role in Fannie Mae and Freddie Mac, possibly significantly. Before wading into the debate over how to go about the effort,  it is important to take stock of how the system actually benefits from government support. With those benefits in mind, it is then worth asking whether drastically reducing the government’s role in the system is the best way to go about reducing the taxpayer’s significant risk in the space.

In the absence of government support, long-term fixed rate lending would be a shadow of what it is today. The majority of investors willing to invest in the 30-year, fixed rate loans to which Americans have grown accustomed will only do so with the government standing behind the credit risk.

In its absence, they will withdraw from the market and most Americans will wind up in adjustable rate mortgages, with their payments rising and falling with the movement of global interest rates. This will make it more difficult for borrowers to manage what for many is their largest financial liability, particularly in a rising rates environment as we have today.

In addition to seeing swings in how much the typical borrower owes each month, we’ll also begin to see variation in rates across the country and through the economic cycle. Through their provision of the government’s support of the market, the GSEs have created common standards for mortgages made all across the country, covering everything from underwriting the loans to servicing them. The standardization allows for a large and liquid mortgage market, resulting in rates that are more consistent across the country and less volatile across the business cycle. As the government pulls back, the mortgage market will fragment according to region, credit risk and type of borrower, leading to more variation across market segments, less liquidity and more volatility.

The variation will also come at the expense of smaller lenders. The standardization that the government brings to the market levels the playing field for all lenders, so that smaller lenders have access to the secondary market on terms that are roughly equal to those enjoyed by larger lenders, allowing them to compete on equal footing. As the government pulls back and the market sets the lenders’ terms for engagement, it will reward those with larger balance sheets and more capital, allowing larger lenders to offer rates on more favorable terms than smaller ones.

Finally, losing the government’s support of the mortgage market will make it more cyclical. By removing the credit risk for investors in mortgage-backed securities and giving Fannie Mae and Freddie Mae access to government-backed capital, it makes the market less vulnerable to swings. Without that support, the investors that drive demand for most of the nation’s home loans, and those that provide Fannie Mae and Freddie Mac with the funding they need provide these securities, would all demand much greater returns as economic times worsen. This would drive up mortgage rates and contract the housing market at the very time when the housing market would need liquidity most.

That is not to say that the system is without problems. But the problems arise from the way that the government supports the mortgage market not from the fact that it supports it. By relying on a privately-owned duopoly to provide the lion’s share of the government’s support, we make the mortgage market beholden to institutions with an incentive to take on too much risk. Knowing that they are too important to be allowed to fail, they have every incentive to take on more and more risk for greater and greater returns. When their riskiest bets pay off, they win big; when they don’t, it is the taxpayers that lose.

The better course is to begin the transition to a housing finance system that can deliver the benefits of government support without relying on any privately held, too-big-to-fail institutions. This can be done by expanding the number of institutions that play the critical intermediary role that the GSEs play today, so that anyone can be allowed to fail without bringing the entire system down with them, or by putting their functionality into a single market utility designed to expand competition elsewhere in the market. While each has its merits, either would rid us of the structural flaw that sits at the foundation of today’s system, doing immeasurably more to reduce taxpayer risk than simply reducing government support of the system.

To move down either path of reform, the FHFA needs to build on its predecessor’s efforts to reduce the market’s reliance on Fannie Mae and Freddie Mac for securitization and for assuming the lion’s share of credit risk. It should expand the common securitization platform that the GSEs are close to completing to handle more functions and become accessible to more market participants. By expanding its utility and its reach, the platform will not only increase standardization and liquidity, but it will gradually replace the GSEs as the central intermediary between the primary and secondary markets. And to reduce the market’s reliance on Fannie Mae and Freddie Mac in assuming credit risk, the FHFA should continue to develop and deepen the channels by which most of the credit risk that they assume gets passed on to others in the market as a matter of course during normal economic times. Expanding the credit risk transfer process, across both structured and institutional market participants and at both the loan level and the pool level, will help disperse not only the GSEs’ risk, but their market power as well.

If it really wants to reduce the taxpayer’s risk in this system, the FHFA shouldn’t simply crank down aggressively on the government’s market share, as doing so will come at too high a cost and fail entirely to address the much more significant structural risk in the system. Instead, it should focus on how the government provides that support, reducing our reliance on the too-big-to-fail duopoly that remains its centerpiece.