Billionaire hedge-fund manager Ken Griffin just closed on the most expensive property ever sold in the U.S. – a $238 million New York penthouse with stunning views of Central Park.

The 24,000-square-foot, four-story penthouse is located in an extremely tall high-rise still under construction between Seventh Avenue and Broadway. The building’s long list of amenities includes a juice bar, library, basketball court, children’s play area and a golf simulator.

The deal beats the previous record for most expensive home by $90 million, set in 2014 when hedge-fund manager Barry Rosenstein purchased his East Hamptons home for $147 million, according to The Wall Street Journal.

It also rivals global real estate records set in Hong Kong and Monte Carlo, according to the WSJ, which noted that the priciest residential deal ever closed was for a home in the Peak neighborhood of Hong Kong for $361 million.

Griffin’s purchase isn’t the first monster deal he’s closed recently. In fact, the Citadel founder appears to be on a bit of a real estate spending spree, setting records at every turn.

Just days before the close of his new NYC pad, Griffin shelled out $122 million for a historic mansion in Central London, marking the most expensive sale in that city in 10 years, according to CNBC.

While Griffin’s weekly real estate spend totals $362 million, he has spent much more building his portfolio in the last few years.

In November, he broke Chicago’s real estate record when he purchased four floors of a condominium building for $58.75 million. And in 2015, he bought a Miami Beach penthouse for $60 million, the most ever spent on a condo in that city.

Here are some photos of Griffin’s new digs, courtesy of The Daily Mail: 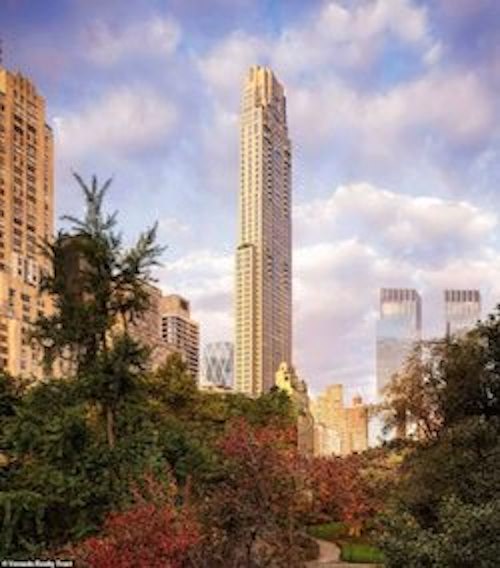 Artist's rendering of the building's exterior 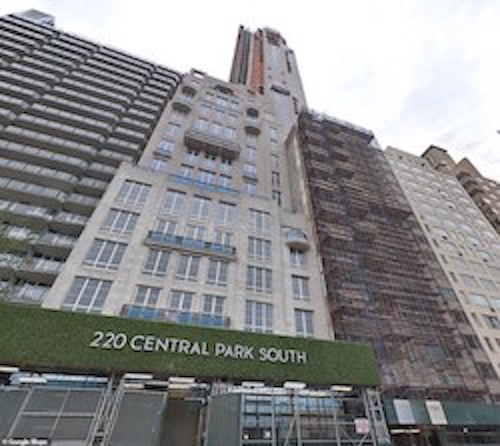 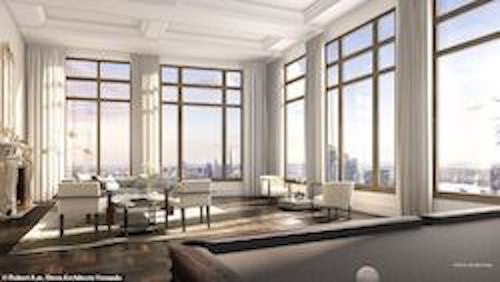 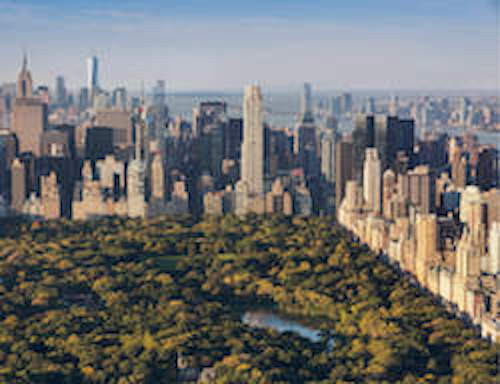 Views from the penthouse, via Robert A.M. Stern Architects 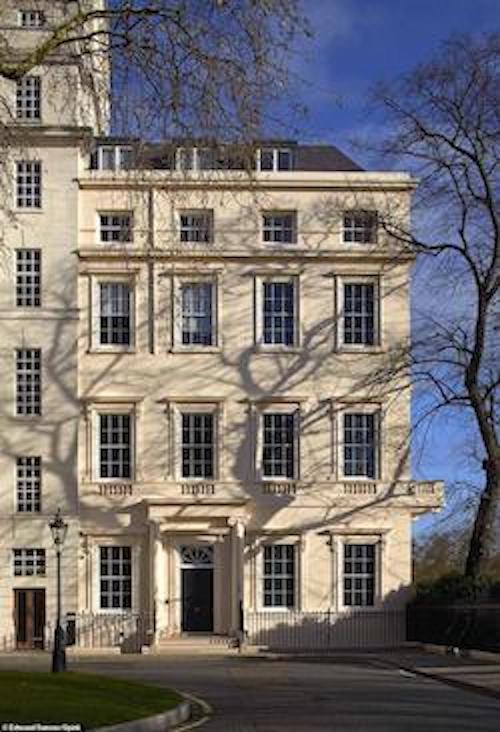