Home values fell three percent in the first quarter of 2011, according to the U.S. Home Value Index produced by Zillow.  This marks a pace of decline not matched in this index since 2008.

Only two metropolitan areas did not decline in the latest survey, Honolulu had a small positive year-over-year change, while Pittsburgh remained flat.  When split into 3 tiers, the top tier performed best with values only falling 4.3 percent.  The lowest tier of home values suffered largest losses at 13.9 percent year-over-year, while the middle tier was in between with an 8.7 drop. 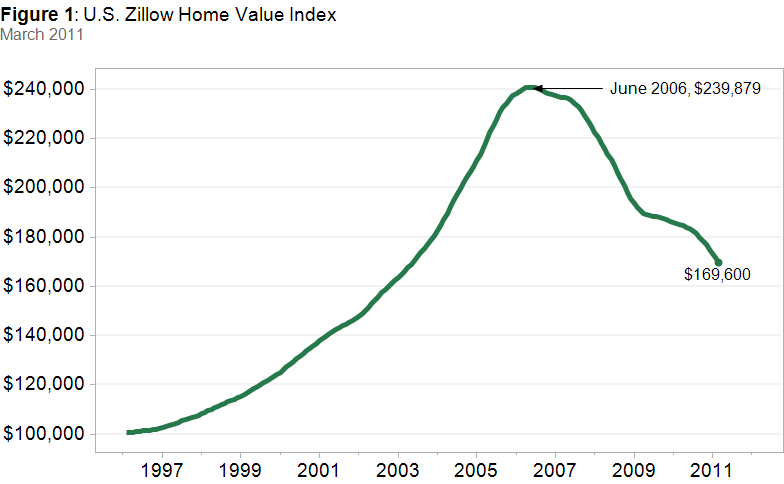 The report also found that a record number of homes sold in March were sold for a loss (37.7%).  Foreclosure re-sales accounted for 23.7 percent of all sales, also a new high.  Additionally, negative equity in the first quarter reached a new high at 28.4 percent of all single-family homes.

With the first quarter's poor performance, Zillow revised their forecasts for 2011 to project home values to decline by 7-9 percent in 2011 as compared to 5-7 percent in their previous forecast.