Following two months of retail HECM endorsements growing at a higher clip than wholesale, the Wholesale Leaders report, with data through January, 2011 from Reverse Market Insight (RMI), reveals a bounce for wholesale in month-over-month trending.

Wholesale volume in January, at 2,413 units, increased by 9.3 percent over December, while retail decreased by 6.8 percent at 4,049 units.  Accordingly, market share for the wholesale channel also increased from 33.7 percent to 37.3 percent.  Total volume from both channels totaled 6,462 a drop of 1.3 percent from December.

However, when looking at this January compared to the previous January is more defining for how the industry has shifted. Wholesale endorsements are down 45.8 percent from the previous January, and retail volume is up by 27.7 percent.  Last year, the market share for wholesale volume was 58.4 percent.

The first inclination might be to attribute the shift in January to Bank of America's exit from the industry, but their endorsement numbers actually increased.  The impact of their exit will likely not be shown in production numbers for several months.  However, this will certainly be an interesting trend to watch as that volume gets absorbed by the rest of the industry.

Following a significant drop in activity between August and October of 2010, volume has been steady after rebounding in November. 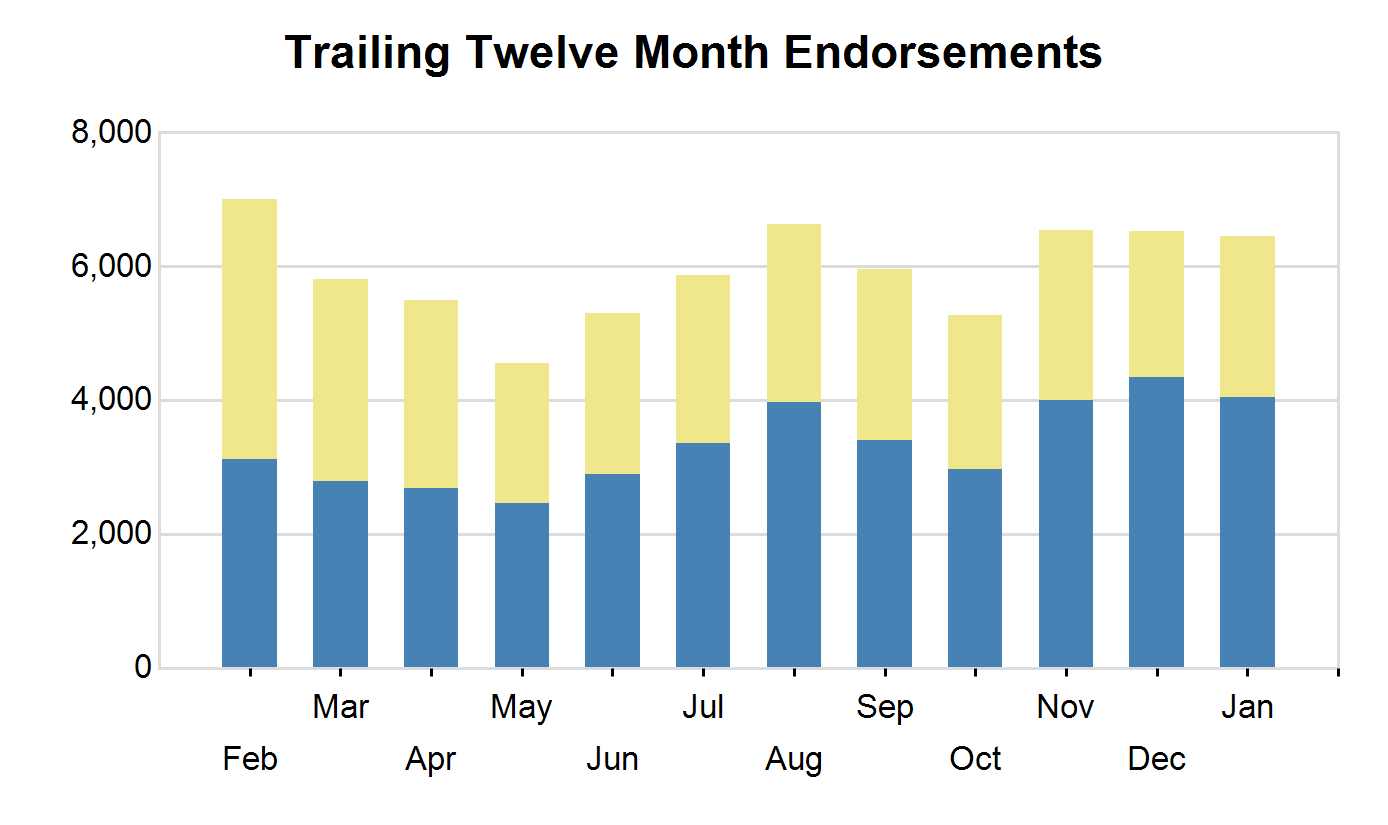 This trend of stabilization could signal a foundation that leads the way toward positive momentum.

Mortgage rates continued to climb last week, causing another pullback in overall demand, which dropped to its slowest pace since 1997.