According to the latest Retail Leaders report from Reverse Market Insight (RMI), endorsement volume jumped in February, while application volume dropped in January.  At the same, time the number of active lenders bounced by almost 10 percent.

Retail production in February hit 6,904 endorsed loans, an increase of 6.8 percent over January's total of 6,464.  Activity among the top ten lenders was split with half trending upward in the month and half trending down.  It appears that the industry will finally cross over to year-over-year growth in March considering deep declines that began in March of 2010. 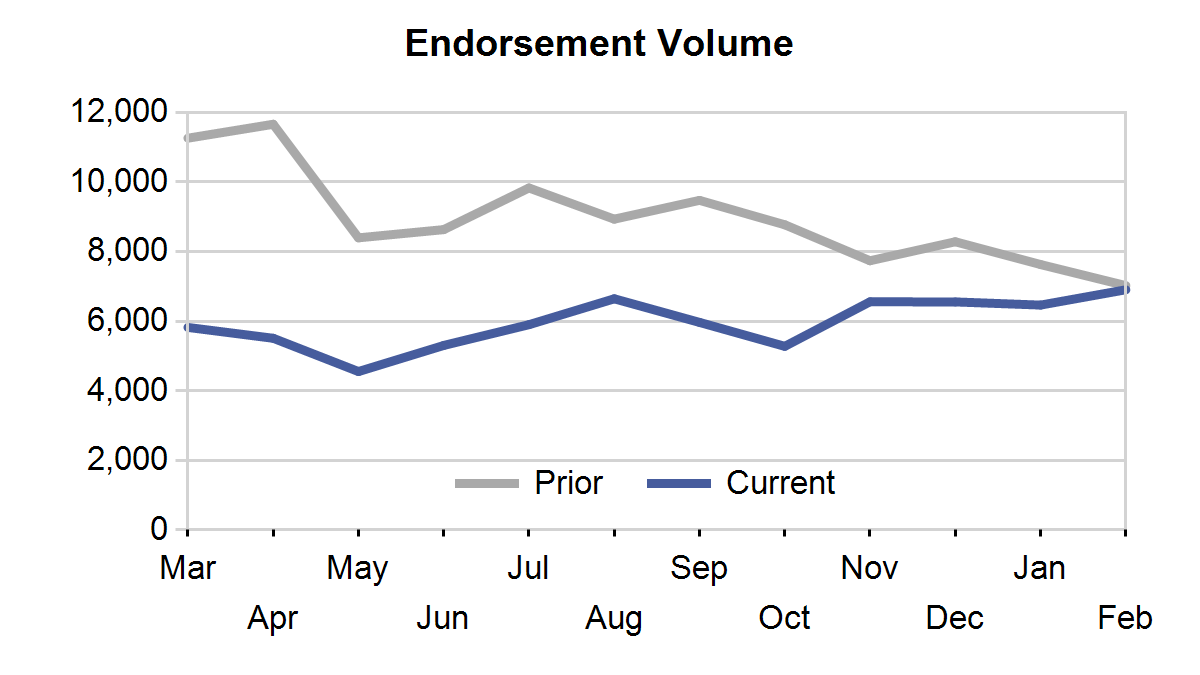 A bit of a drain on the positive production news, applications in January dipped by 10.6% from December.  Although applications have dipped in January for the past three years, the current year's total exceeds the prior January by 27.4 percent.

Two months into 2011, seven out of the top ten retail lenders are seeing growth over their 2010 production, including Bank of America whose planned exit from the industry is not yet showing in their endorsement numbers.  MetLife Bank and American Advisors Group are leading the way in percentage growth with 118% and 156% increases respectively over their volumes during the first two months of 2010.