Civil rights groups are coming together to bring a lawsuit against Bank of America and Safeguard Properties Management for alleged fair housing violations.

The National Fair Housing Alliance, a group of 19 fair housing organizations and two homeowners from Maryland filed a lawsuit Wednesday against the two companies. According to the lawsuit, the defendants intentionally failed to provide routine exterior maintenance and marketing for Bank of America-owned homes in African American and Latino neighborhoods across 37 metro areas.

This was then compared with mostly white neighborhoods, where the bank allegedly consistently maintained its homes.

The claims the civil rights groups make about some of these homes is nothing short of shocking. The groups say they found evidence of wildly overgrown grass and weeds, unsecured doors and windows, damaged steps and handrails, accumulated trash and debris, unsecured pools, graffiti and even dead animals decaying in the yards. 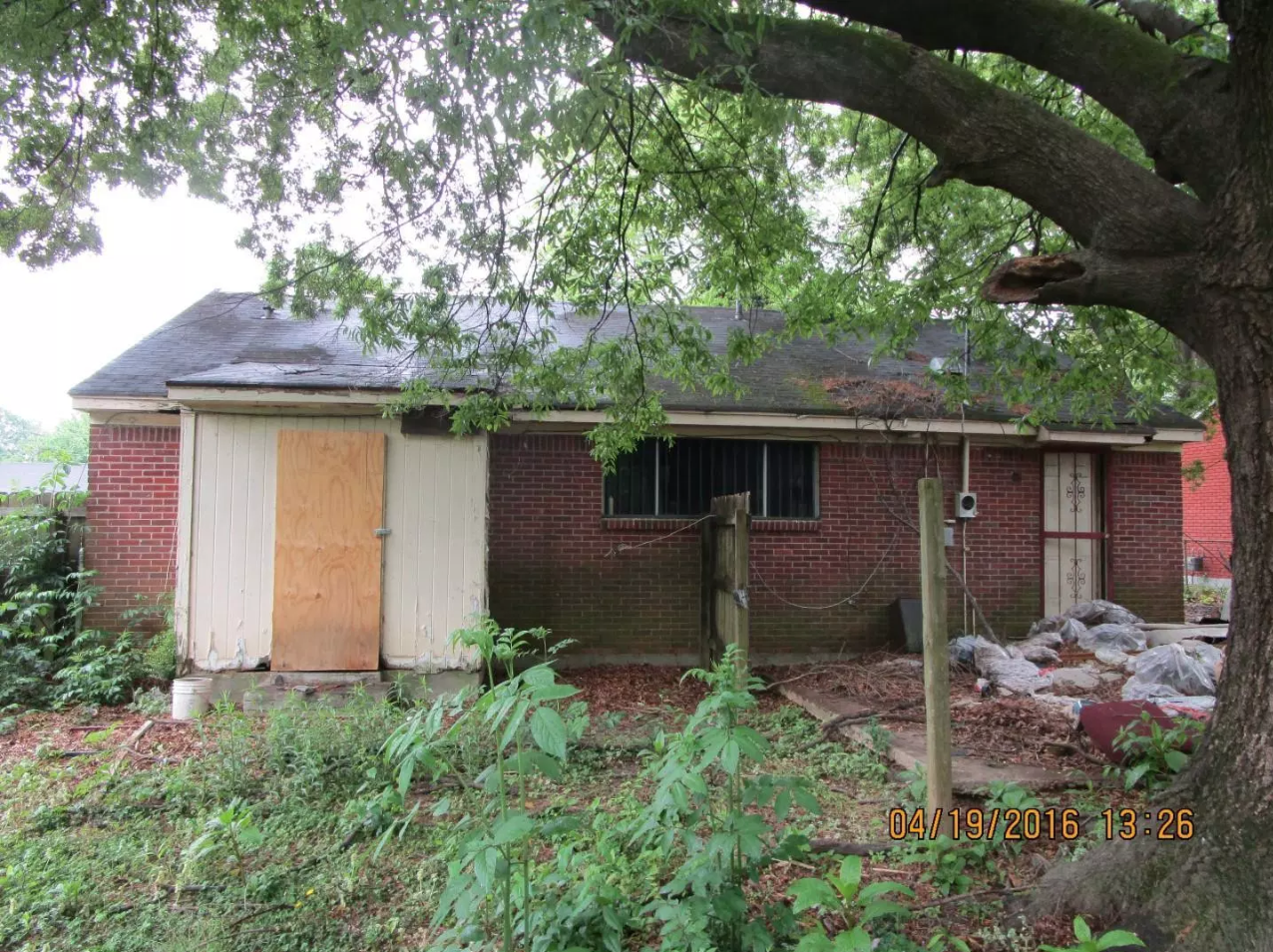 By contrast, the lawsuit alleges that in predominantly white working- and middle-class neighborhoods, homes are far more likely to have the lawns mowed and edged regularly, invasive weeds and vines removed, windows and doors secured or repaired, debris and trash removed, leaves raked and graffiti erased from the property.

Bank of America took possession of these homes after it foreclosed on the properties and became the owner of record. As owner of these homes, the bank is responsible for routine exterior maintenance on all of its properties.

NFHA claims it first made Bank of America aware of these problems back in 2009, and even offered recommendations for improvement. However, no such improvements were made, according to the alliance.

“Bank of America should have taken meaningful steps toward fixing these problems after being put on notice, but failed to do so,” said Caroline Peattie, executive director of Fair Housing Advocates of Northern California, one of the fair housing groups filing the lawsuit. “For example, Bank of America boarded windows in communities of color rather than installing clear boarding or fixing the windows." 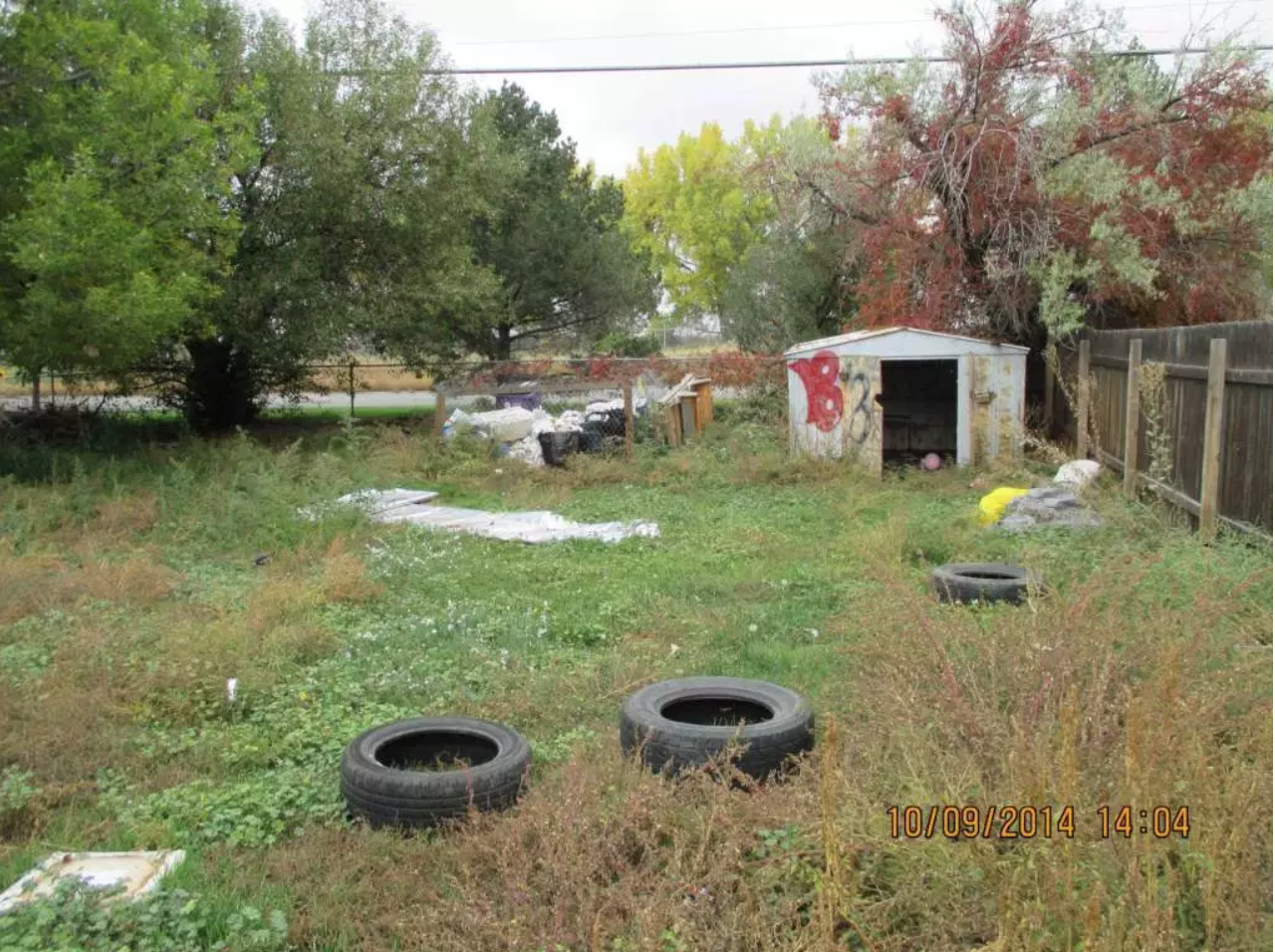 “Boarded windows carry a stigma and imply the neighborhood is not safe or desirable,” Peattie said. “Bank of America must be held accountable for failing to maintain its foreclosure inventory. In California, Bank of America has played a major part in changing single-family, owner-occupied neighborhoods into rental communities, as large investors buy bank-owned homes in quantity and drag property values down in the process.”

Two homeowners from Maryland joined the federal discrimination lawsuit and revealed their experiences living next to these Bank of America-owned homes. The homeowners, Wanda Onafuwa and Chevelle Bushnell, described scenes such as rat infestations, devaluation of their properties due to the appearance of the next-door 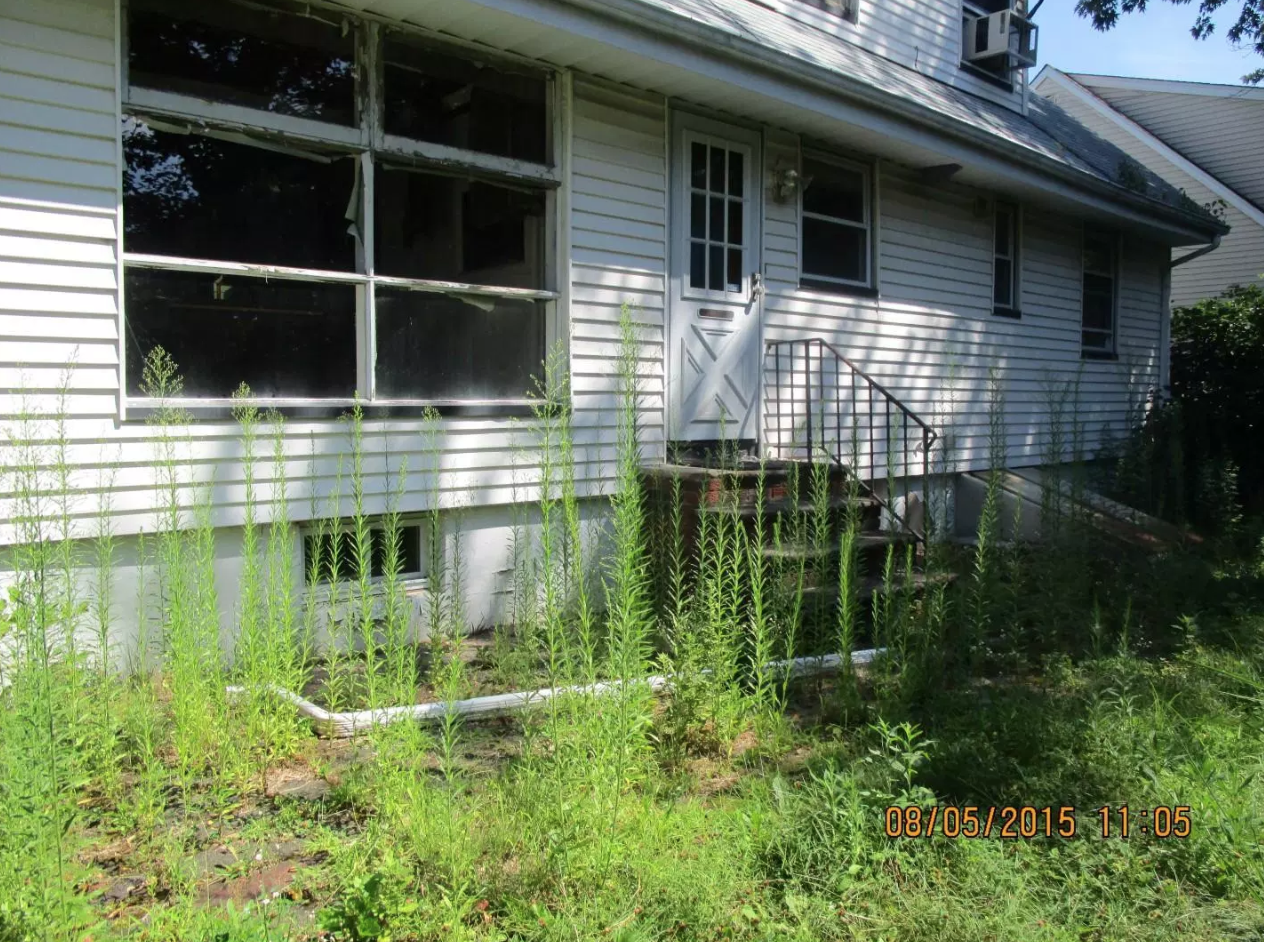 homes and even squatters over the course of several months.

“Bank of America and Safeguard’s deplorable and intentional inaction left innocent homeowners exposed to numerous health hazards and personal risks,” NFHA President and CEO Lisa Rice said. “No one should have to live like this due to Bank of America’s failure to maintain its own properties.”

“NFHA and the co-plaintiffs filed this lawsuit to make sure that these discriminatory practices come to an end and that perpetrators like Bank of America are held responsible for their unjust policies and practices,” Rice said. 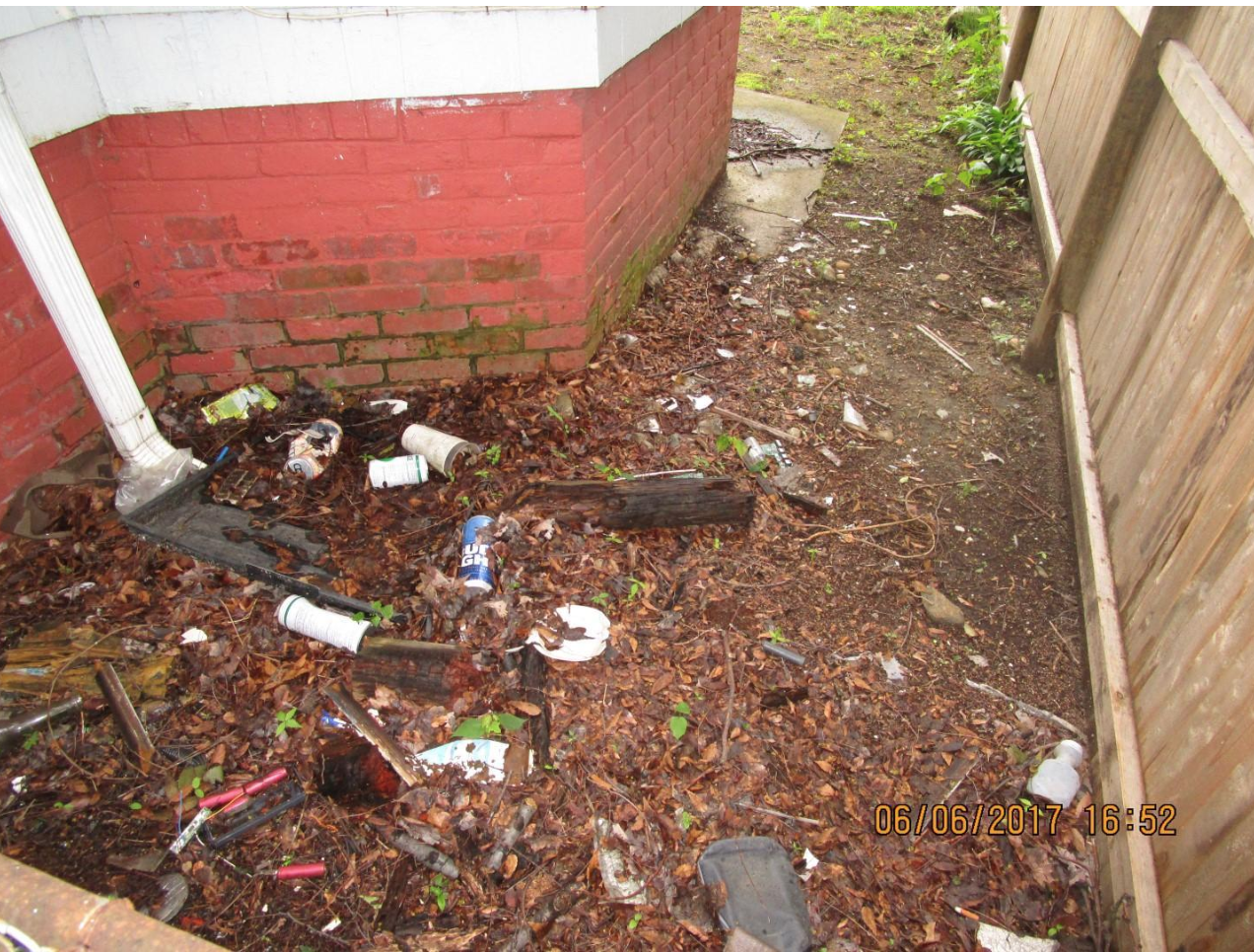 An investigation conducted by NFHA on 1,600 homes showed that 45% of the bank’s properties in communities of color had 10 or more maintenance or marketing deficiencies, compared with just 11% of the bank’s homes in predominantly white neighborhoods. 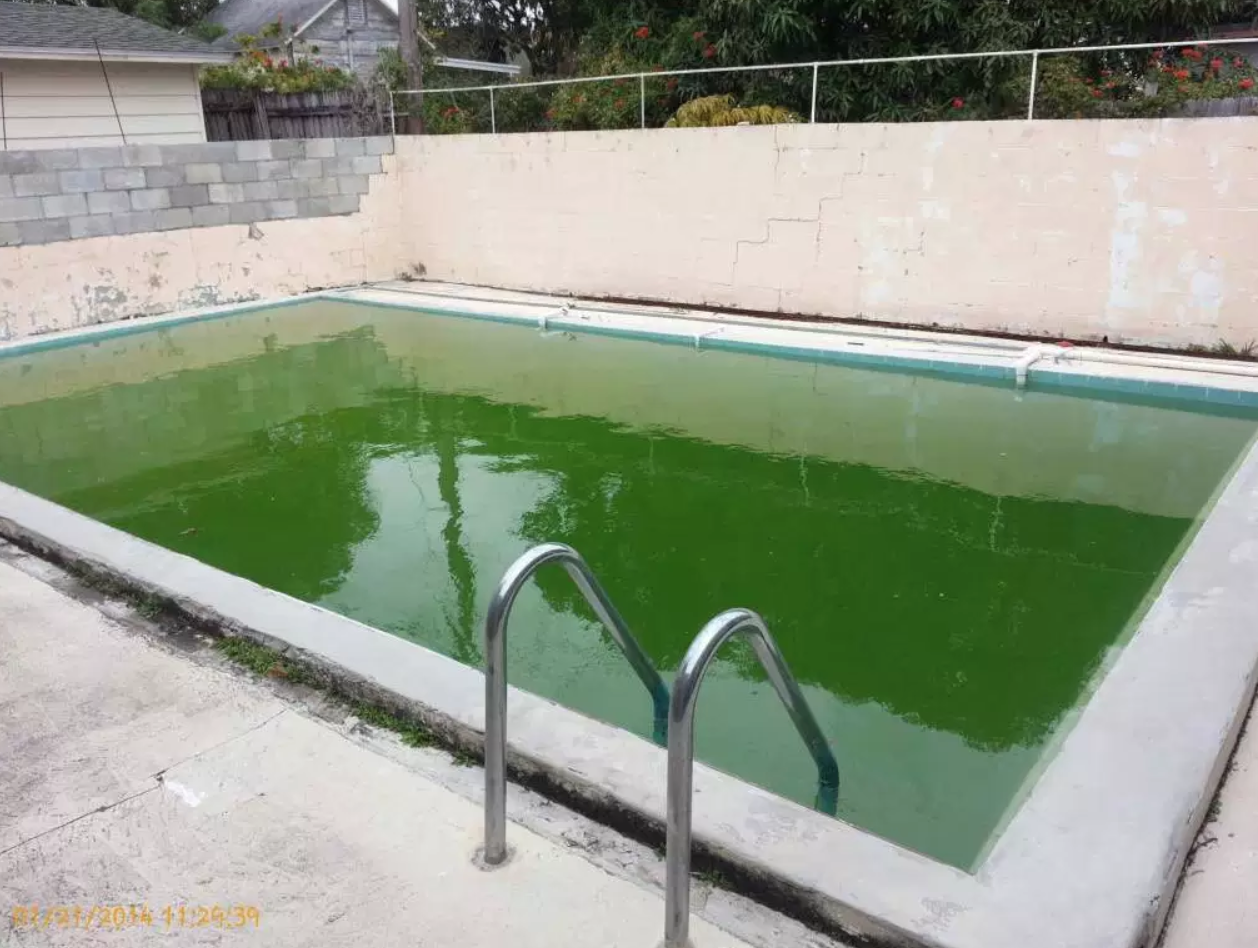 unsecured windows in color communities, compared with 23.5% under the same conditions in white neighborhoods.

“Bank of America and Safeguard’s intentional failure to correct their discriminatory treatment in African American and Latino neighborhoods — the same communities hardest hit by the foreclosure crisis — is systemic racism,” Rice said. “The purposeful neglect of bank-owned homes in communities of color devalues the properties and the lives of the families in the neighborhoods around them."

“The health and safety hazards created by these blighted bank-owned homes negatively affect the residents, especially the children, living nearby,” she said. “We have asked Bank of America and Safeguard to provide the same standard of routine exterior maintenance and marketing for all of its bank-owned homes, regardless of the age, value or racial composition of the neighborhood in which they are located.”

Here’s what Safeguard had to say about the accusations:

Safeguard has yet to be served with the complaint. Safeguard neither condones nor tolerates acts of discrimination or business practices that would unfairly target or neglect certain neighborhoods based on location and demographics. Safeguard remains disappointed by the National Fair Housing Alliance’s continued attack on Safeguard with ill-conceived and disingenuous allegations of an extremely serious nature, and we will again vigorously defend against any and all of NFHA’s allegations. Safeguard has a proven track record of working with our clients, communities, and civic leaders throughout the country to combat blight brought on by the housing crisis. We host national conventions with the primary purpose of collecting and reinforcing the behavior and guidelines that prevent neighborhood deterioration, and we participate in industry and investor feedback panels where the focus is to build best practices to protect and preserve the houses that make up these communities. Our primary focus is to protect our clients’ assets from decay, perform services in a consistent, transparent and high-quality manner, and ensure that the communities we serve are protected.

And Bank of America claimed previous reports from NFHA held flaws in their methodology including faulting the bank for properties other entities were responsible for maintaining, or declining to consider properties under repair.

“The allegations are without merit,” the bank told HousingWire. “We apply uniform practices to the management and marketing of vacant bank-owned properties across the U.S., regardless of their location.”

“Bank of America is committed to ensuring bank-owned properties are maintained in a quality manner, and to supporting the stabilization and revitalization of our neighborhoods,” the statement continued. “We monitor and review our vendors’ practices and procedures to ensure they are aligned with the bank’s policies.”