Household debt increased in the first quarter, driven by increases in mortgage debt, according to the New York Fed’s press briefing on the Center for Microeconomic Data’s Quarterly Report on Household Debt and Credit.

Household debt increased $63 billion during the first quarter of 2018, driven by a $57 billion increase in mortgage debt, according to the report. This brought the total household indebtedness to $13.2 trillion as of March 31, 2018.

But while household debt has been growing consistently for the past five years, and even surpassed its previous peak by $536 billion, its increase has been slow relative to earlier periods as mortgage debt has remained relatively flat.

The chart below shows the slow growth of mortgage rates even as other forms of debt increased at higher paces. 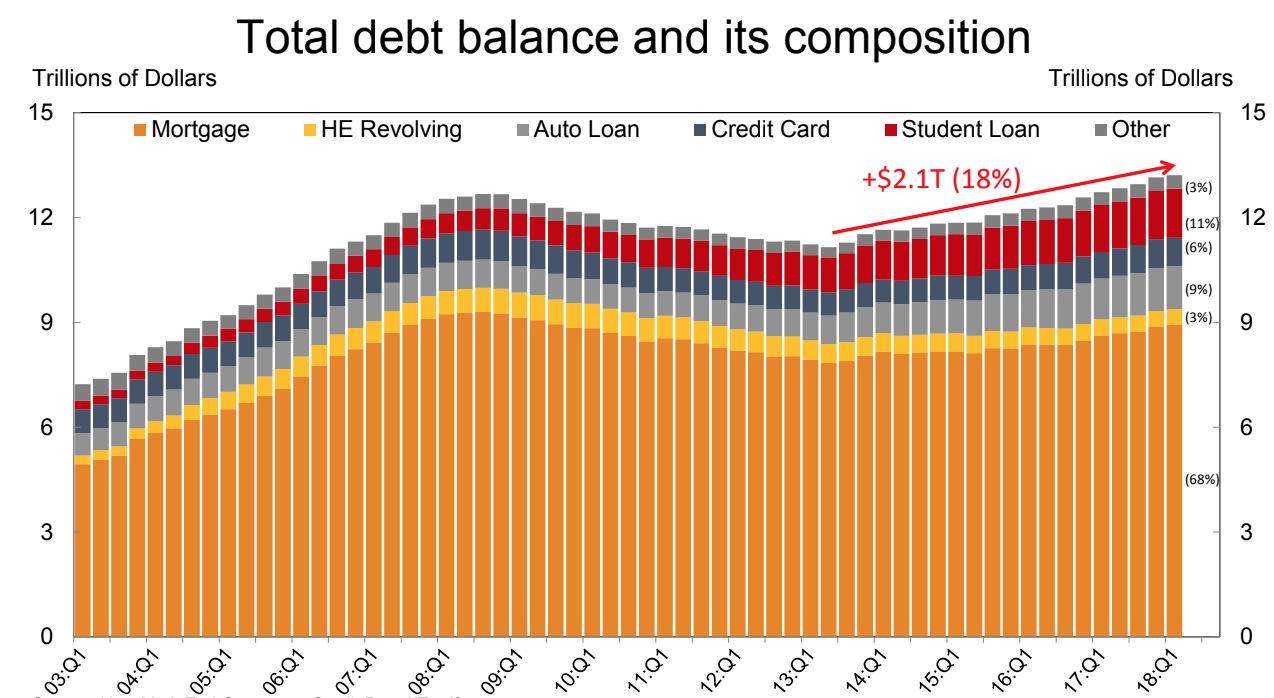 The chart shows that, while it makes up a smaller portion of total household debt, student loan debt has increased significantly over the past several years.

The New York Fed explained the slow growth in mortgage debt can be contributed, in part, to higher credit lending standards.

The chart below shows the median credit score for mortgage originations of all types. The number of originations for borrowers with credit scores below 620 decreases significantly, barely even making a mark in the first quarter of 2018.

But even originations for borrowers with higher credit scores of 720 to 759 decreased significantly from the housing boom years. 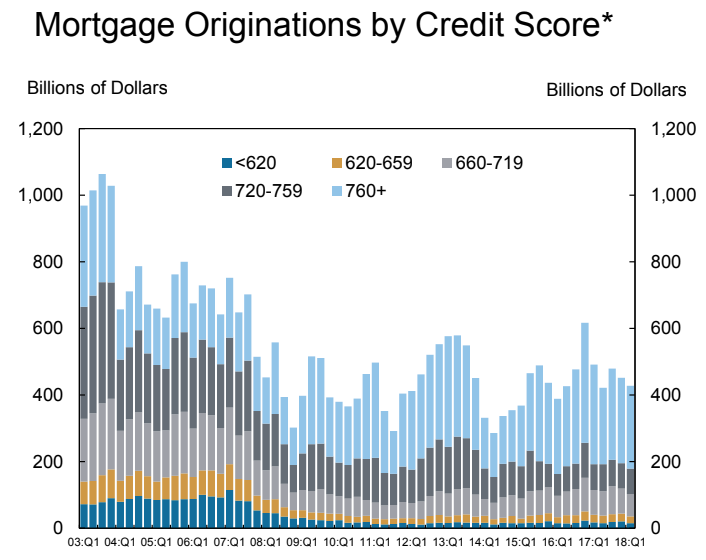 “While housing wealth is at an all-time high, it has shifted into the hands of older and more creditworthy borrowers, in part because of tight mortgage lending standards,” said Andrew Haughwout, New York Fed senior vice president. “An increased amount of available home equity should make the household balance sheet more resilient in the event of a financial shock, though that may not be an option for lower-credit-score borrowers.”

Household debt increases slowed significantly as fewer homeowners are borrowing against the equity on their home, the study showed.

The chart below shows home equity extraction increased significantly during the housing boom years, and fell significantly after that. And while it has increased slightly over the past several years, HELOCs have remained relatively steady since falling from their peak years.