Home prices are still on the rise, increasing once again in February, according to the latest monthly House Price Index from the Federal Housing Finance Agency.

The chart below shows home prices continue to increase each month, but March came down slightly from January’s nearly one-year high. 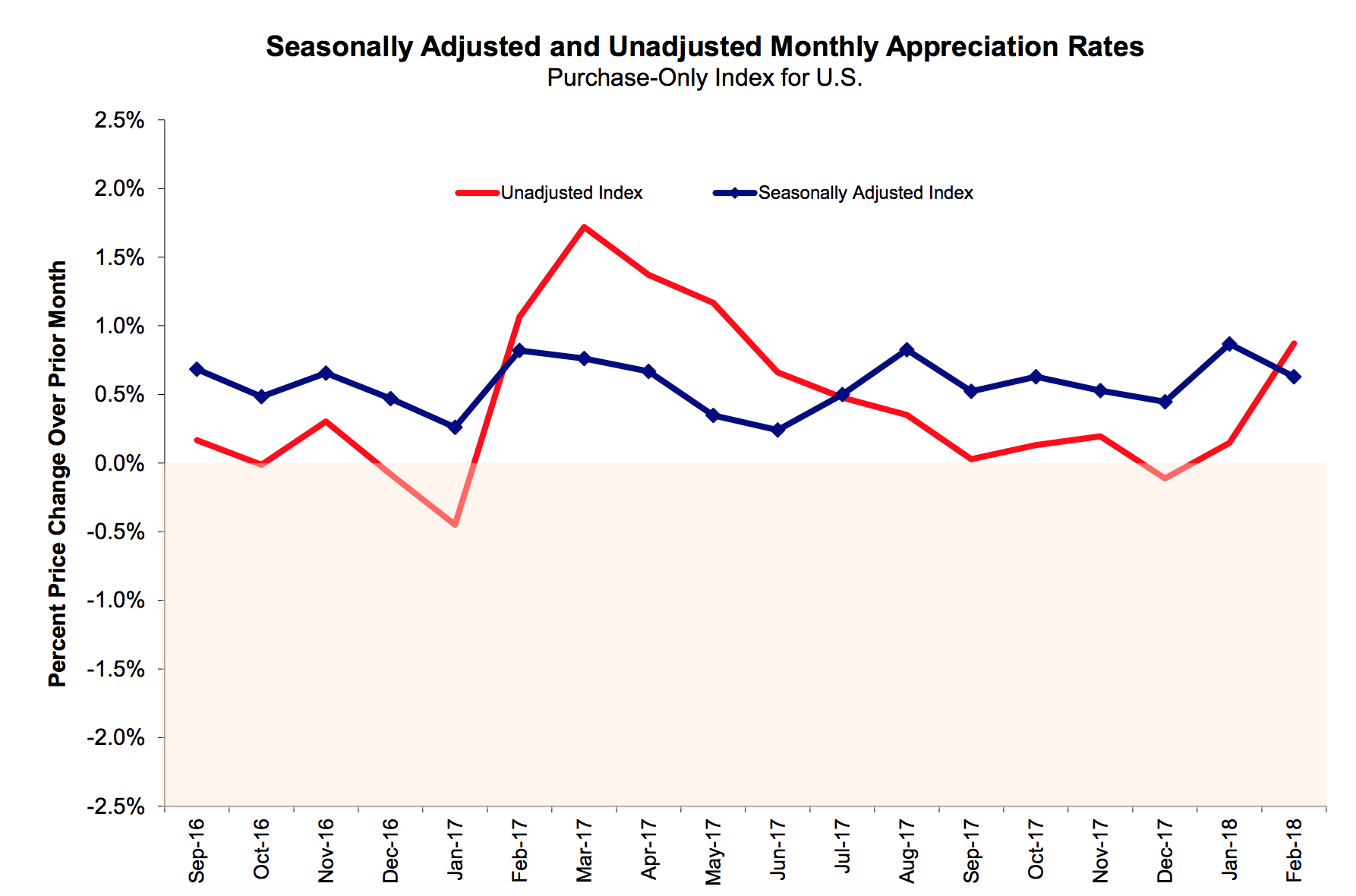 However, one expert explained home prices could begin to moderate in 2018.

“Annual house price growth on both the Case-Shiller and FHFA measures has been fairly stable since the start of the year,” Capital Economics Property Economist Matthew Pointon said. “After dropping for the first time in 18-months in January, growth on the national Case-Shiller index returned to 6.3% in February.”

“A rise in debt-to-income ratios looks to have supported house price gains over the past few months but, with mortgage interest rates now on the rise, we still expect a slight moderation in growth this year,” Pointon said.

Annually, the home price changes ranged from a low of a 4.8% increase in the Middle Atlantic division to an increase of 10.3% in the Pacific division.

Here are the states in each of the divisions: