Lenders are slowly easing their credit standards as credit risk hit its highest level since 2013, according to the latest Housing Credit Availability Index from the Urban Institute.

The Housing Finance Policy Center’s latest HCAI shows that mortgage credit availability increased for the second consecutive quarter, rising from 5.6% to 5.8% in the fourth quarter of 2017. This is the highest level of credit risk since 2013.

The increase in the fourth quarter was driven primarily by credit expansions within both government-sponsored enterprises and government channels thanks to higher interest rates and lower refinance volumes.

The HCAI measures the percentage of home purchase loans that are likely to default—that is, go unpaid for more than 90 days past their due date. A lower HCAI indicates that lenders are unwilling to tolerate defaults and are imposing tighter lending standards, making it harder to get a loan. A higher HCAI indicates that lenders are willing to tolerate defaults and are taking more risks, making it easier to get a loan.

The chart below shows that while credit risk rose to its highest level since 2013, it is still historically low. 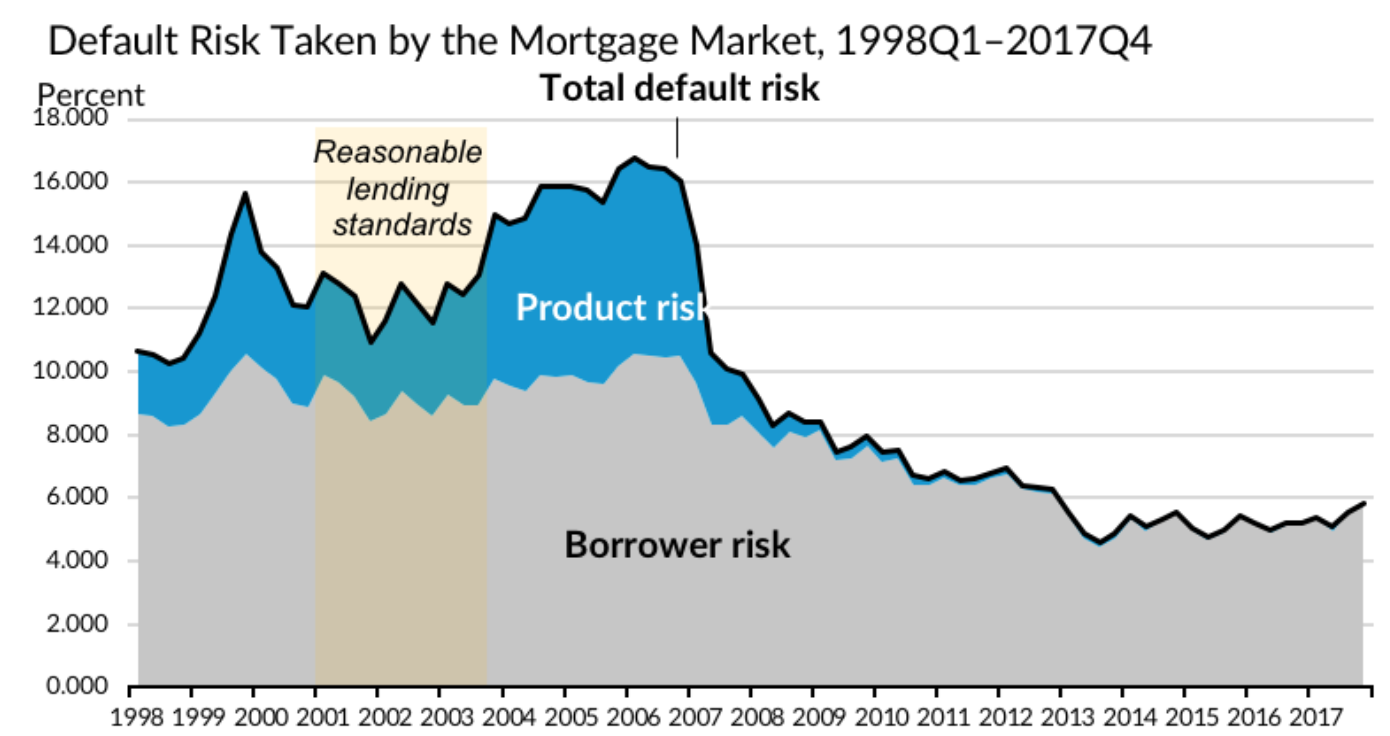 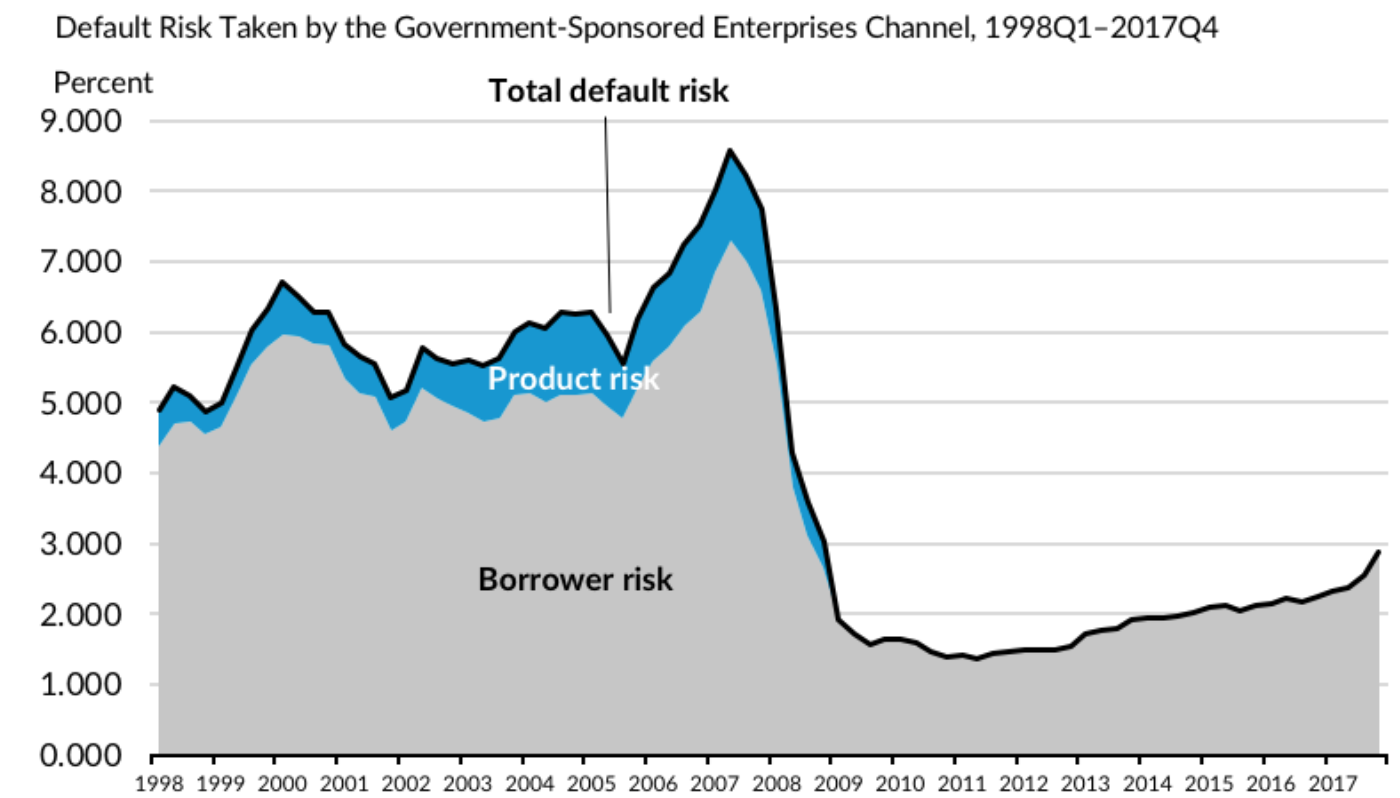 But despite these new highs, Urban Institute explained there is still plenty of room to continue expanding the credit box. If the current default risk was doubled across all channels, risk would still be well within the pre-crisis standard of 12.5% from 2001 to 2003 for the whole mortgage market.