The company announced this reduction is a result of the lower corporate tax rate signed into law in 2017 through the Tax Cuts and Jobs Act. MGIC explained that incorporating the tax benefit and allowing all lenders access to the reduced premium rates will enable lenders to fund sustainable low down payment lending solutions.

“Over the last few months we've seen our competitors offer reduced borrower-paid premium rates to many, but not all, customers,” MTG and MGIC CEO Patrick Sinks said. “Our decision to incorporate the new tax rate into our borrower-paid premiums allows all lenders and their borrowers to benefit from lower premiums.”

The changes were made for mortgage insurance on loans where the authorization term is more than 20 years, and have fixed payments for more than five years. The two charts below show MGIC’s rates before (left) and after (right.) Click on each one to see a full breakdown on MGIC’s rates for all loan types. 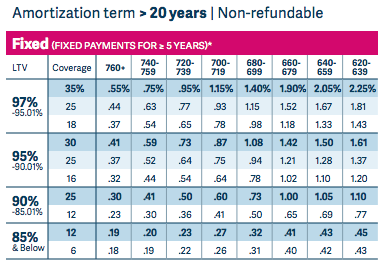 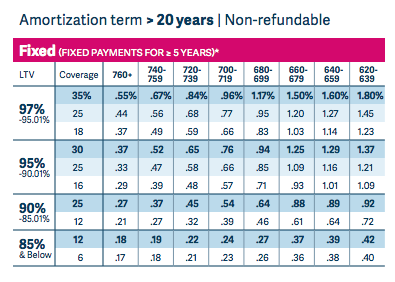 But meanwhile, MGIC’s stock is plummeting after its big announcement, according to Seeking Alpha. MTG’s stock fell 15.8% Monday after the company made its announcement.

Then in November, despite some thought that the FHA may reinstate the cut, the U.S. Department of Housing and Urban Development announced that premiums will not be cut, due in part to the weaker-than-expected performance of the FHA’s flagship insurance fund, the Mutual Mortgage Insurance Fund.

But now, it seems the private market is stepping up to cut mortgage insurance premiums, making conventional mortgages even more competitive against FHA.

MGIC explained that down payments remain the No. 1 obstacle to homeownership and borrower-paid monthly premiums, because they are cancelable, are one of the most affordable ways to overcome this obstacle.

“While we are lowering premium rates, MGIC will continue to have a strong capital position that protects policyholders while achieving returns for shareholders that are commensurate with the risk associated with low-down payment lending,” Sinks said.