Although current housing inventory continues to slip, driving up home prices and limiting homebuyers across the U.S., one expert says that could all be about to change.

In fact, the increase in February’s construction labor growth was the strongest since August 2008, and the number of residential construction jobs is up 3.8% from last year, First American pointed out. It also explained this growth in construction jobs will support further improvement in the pace of home building.

The chart below shows the movement of housing starts and construction employment since January 2000. 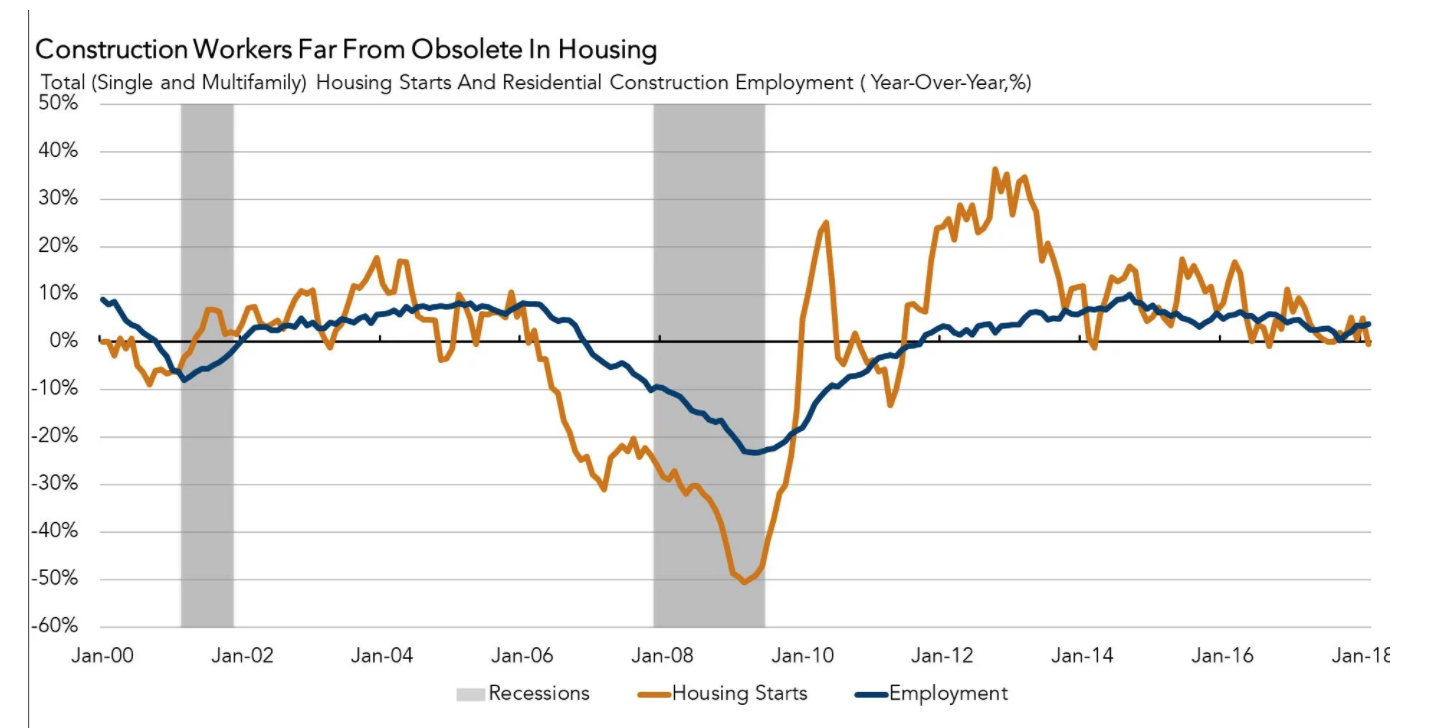 In February, builders broke ground on fewer homes in February than they did in February 2017, but this was mainly due to a drop in multifamily starts. Single-family housing starts actually increased 2.9%, Fleming pointed out.

Housing completions, or the number of new homes added to the current housing stock, increased significantly from the year before, indicating relief for the supply shortage. An increase in permits along with the surge in construction employment means this relief could continue into the spring home buying season and the year ahead.

“Despite a drop in housing starts, the annual increase in housing permits and completions, in conjunction with the rise in construction employment, signals an upward trajectory for housing starts for the spring home-buying season,” Fleming said.