Mortgage rates continue to post increases, and while the Federal Open Market Committee voted against raising rates in January, interest rates rose with the expectation more rate hikes are to come this year, according to Freddie Mac’s Primary Mortgage Market Survey.

“The Federal Reserve did not hike rates this week, but the market views future hikes as a near certainty,” said Len Kiefer, Freddie Mac deputy chief economist. “The expectation of future Fed rate hikes and increased borrowing by the U.S. Treasury is putting upward pressure on interest rates.” 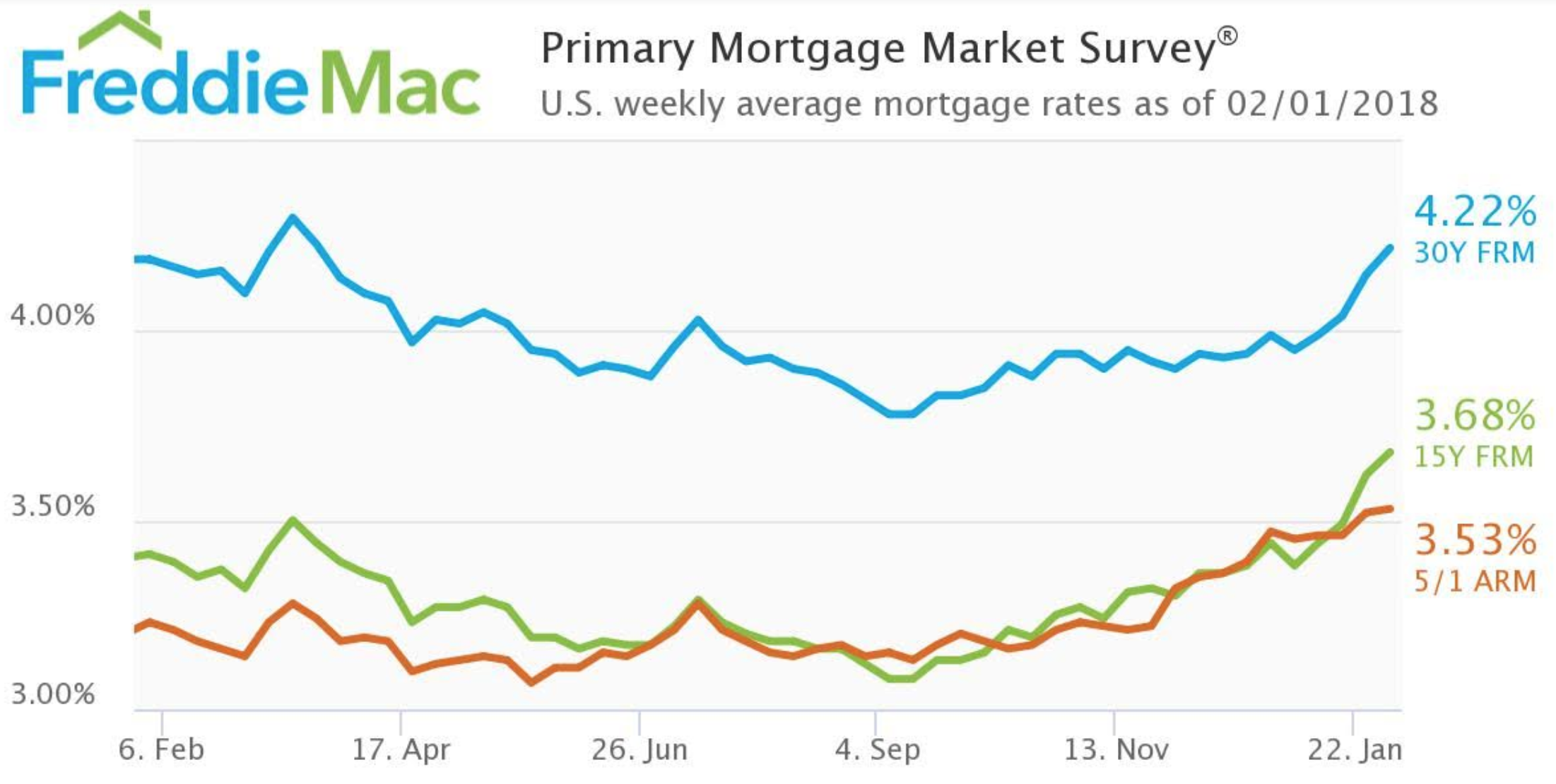 The five-year Treasury-indexed hybrid adjustable-rate mortgage increased just slightly to 3.53%, up one basis point from 3.52% last week and up from last year’s 3.23%.

“The 30-year fixed rate mortgage is up over a quarter of a percentage point, 27 basis points, from the first week of the year,” Kiefer said. “30-year fixed mortgage rates have increased for four consecutive weeks and are now slightly above where they were last year at this time.”