As 2017 came to a close, homeowners continued to estimate their home prices below appraised values, however they were more in agreement than anytime in the past two years, according to Quicken Loans’ Home Price Perception Index.

Home appraisals remained an average 0.5% lower than what homeowners expected in December, the HPPI showed. This is closer than the 0.67% gap in November and the 1% gap in December 2016.

But even as homeowners continued to over estimate their home’s value, the average appraisal value increased 0.65% from November to December, and 6.17% from the year before.

The chart below shows that, after a drop at the beginning of 2017, appraised values and homeowner estimates have continued to edge closer together, narrowing the gap. 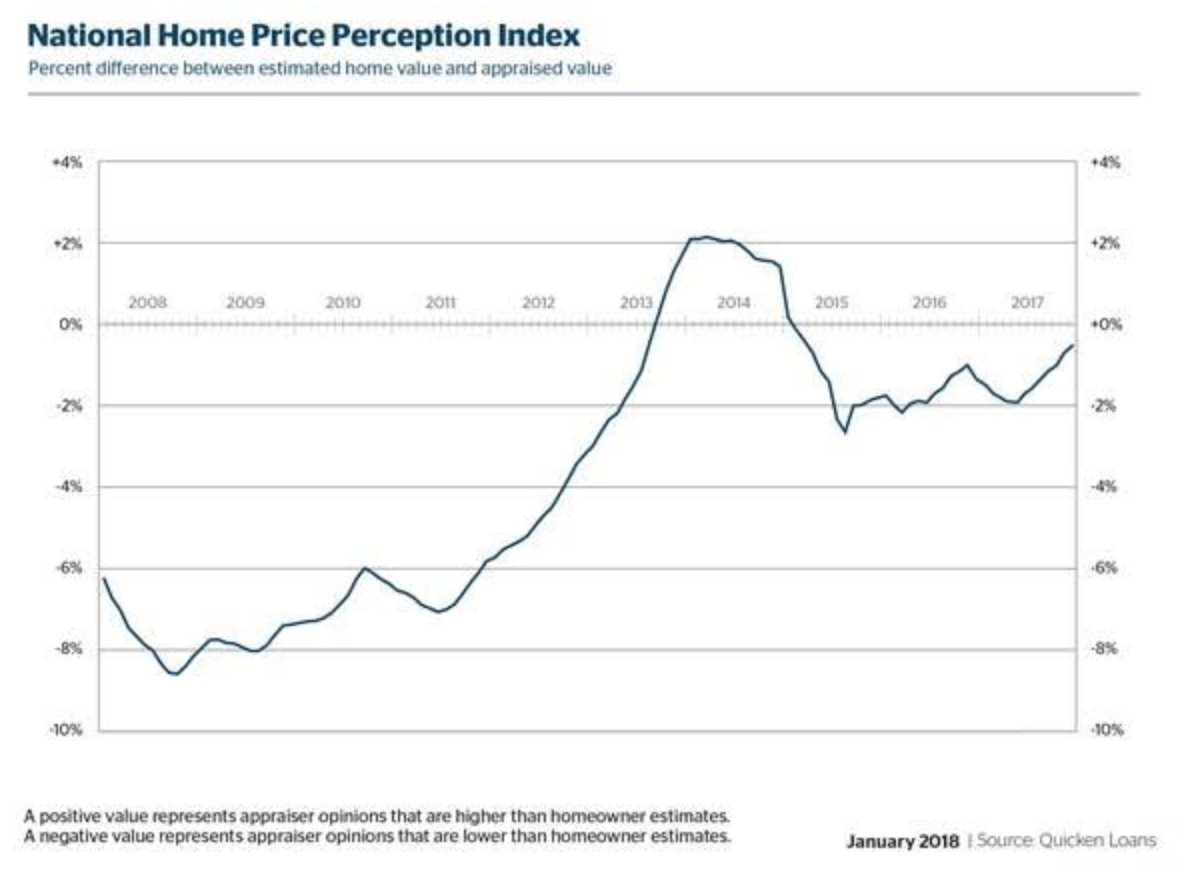 The current gap between homeowners and appraisers rests at its lowest level since March 2015. As the chart above shows, the gap has continued to narrow for seven straight months.

“Appraisers and real estate professionals evaluate their local housing markets daily,” said Bill Banfield, Quicken Loans executive vice president of capital markets. “Homeowners, on the other hand, may only think about their housing market when they see ‘for sale’ signs hit front yards in the spring or when they think about accessing their equity.”

“This is reflected in the HPPI,” Banfield said. “The housing markets that are rising quickly, like those in the West, are having appraisal values increasing above owner estimates because owners don’t realize just how quickly those markets are advancing.”

The chart below shows that in metros such as Chicago and Cleveland, appraised values are much lower than what homeowners estimated, however in metros such as Dallas and Denver homeowner estimates are unable to keep up with the rapidly rising home prices. 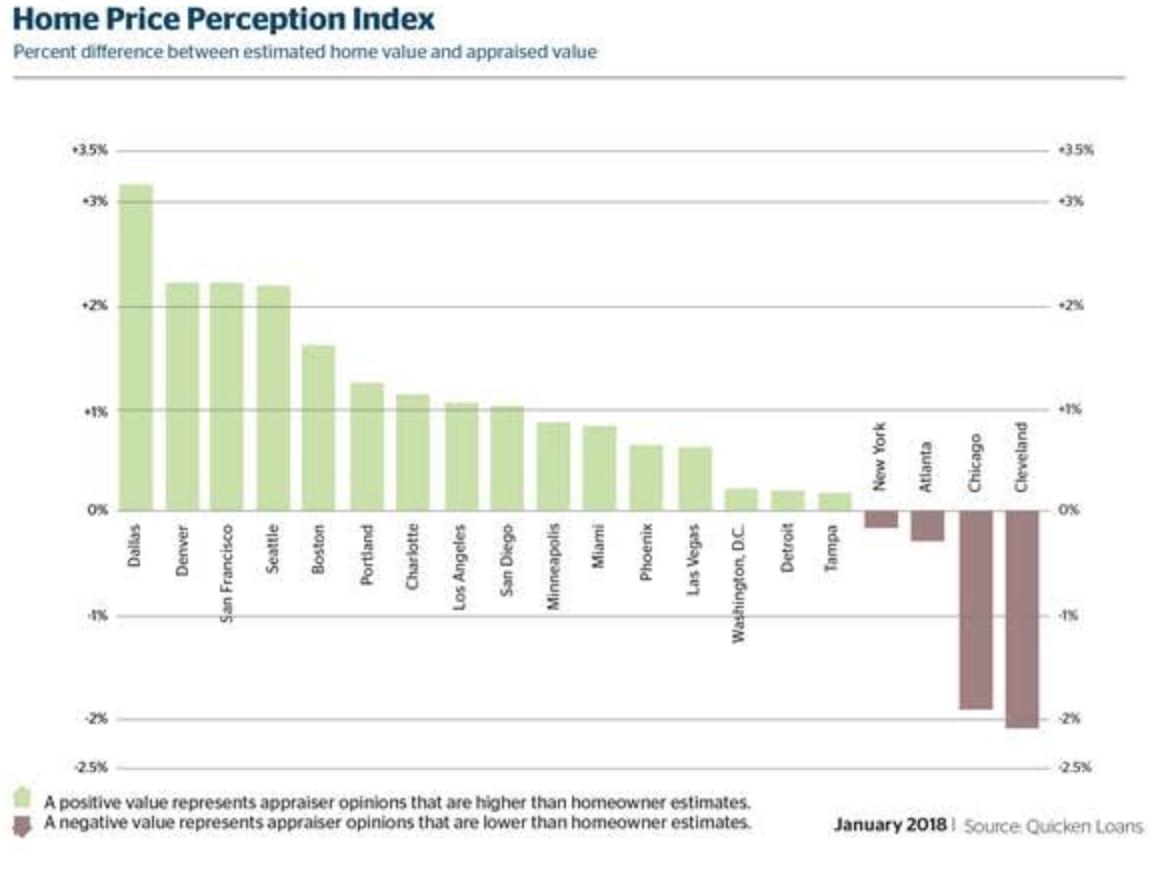 “Homeowners received the gift of added equity this holiday season,” Banfield said. “With several years of growth, owners may have more equity than they realize.”

“Many consumers use the tax season at the beginning of the year to reevaluate their entire financial life,” he said. “It also provides a good opportunity for them to consider how best to take advantage of their equity while mortgage interest rates and borrowing costs are still near record lows.”