Employment growth could surge to add 250,000 new jobs in December and shows no signs of slowing anytime soon, according to the ADP and Moody's Analytics National Employment Report.

This increase would be up from November’s above-average increase of 228,000 jobs in November, but down slightly from the surge of 261,000 new jobs in October 2017.

“The job market ended the year strongly,” Mark Zandi, chief economist of Moody’s Analytics, said. “Robust Christmas sales prompted retailers and delivery services to add to their payrolls. The tight labor market will get even tighter, raising the specter that it will overheat.”

The chart below shows the past two have been revised downward, making the predicted 250,000 increase the highest since March. 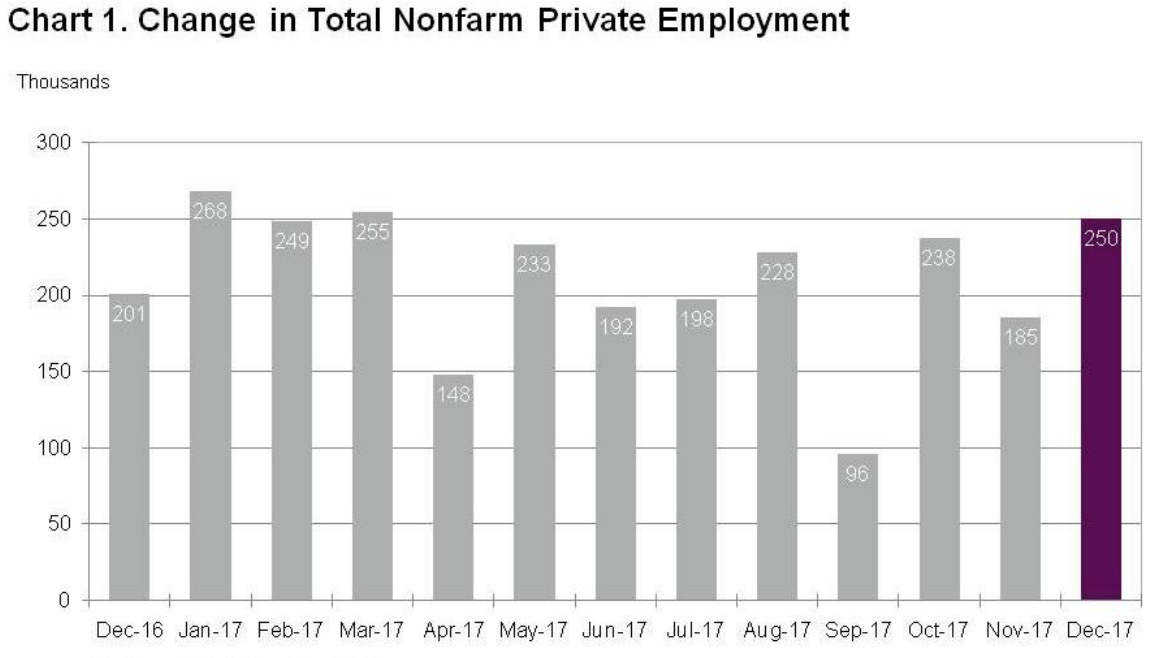 Because ADP often revises its numbers significantly, its reported job growth should be taken as a general direction of the market, but not a specific forecast of the number of jobs added on any given month.

One expert predicted that while job growth may not be at the ADP’s forecasted 250,000, it will be higher than average.

“The bigger than expected 250,000 gain in the ADP measure of private payroll employment in December provides a little extra support for our above-consensus view that the official non-farm figure, due out tomorrow, will show a 210,000 increase in employment,” Capital Economics Chief Economist Paul Ashworth said. “The consensus estimates for both the ADP and non-farm payrolls are a similar 190,000.”

But another expert explained even if Friday’s numbers come in significantly lower, the drop will simply be dismissed.

“Economists’ consensus for nonfarm payrolls are 190,000-plus, but seasonal factors often distort the number during this time of year,” said Dwight Johnston, California Credit Union League chief economist. “Any number significantly different than expectations will be dismissed as an aberration.”

The goods-producing sector is set to increase by 28,000 jobs overall, with changes in the following areas:

The service-providing sector is set to increase by about 222,000 jobs, with changes in these areas:

“We’ve seen yet another month where the labor market has shown no signs of slowing,” said Ahu Yildirmaz, ADP Research Institute vice president and co-head. “Throughout the year there was significant growth in services except for an overall loss of jobs in the shrinking information sector.”

“Looking at company size, small businesses finished out 2017 on a high note adding more than double their monthly average for the past six months,” Yildirmaz said.

The mortgage market right-sizing is well underway. When will normalcy return? HW+

The mortgage market’s restructuring will inflict pain, but it may be the only path to a new normal, industry experts tell HousingWire.