When President Donald Trump took office, one of his promises was to create 25 million new American jobs and bring gross domestic product growth up to 4% annually.

Now, several months into his presidency, the Atlanta Fed released its GDPNow Forecast which predicts GDP will come in at an impressive 3.8% for the third quarter of 2017. However, the chart below shows GDP estimates from other forecasts came in much lower. 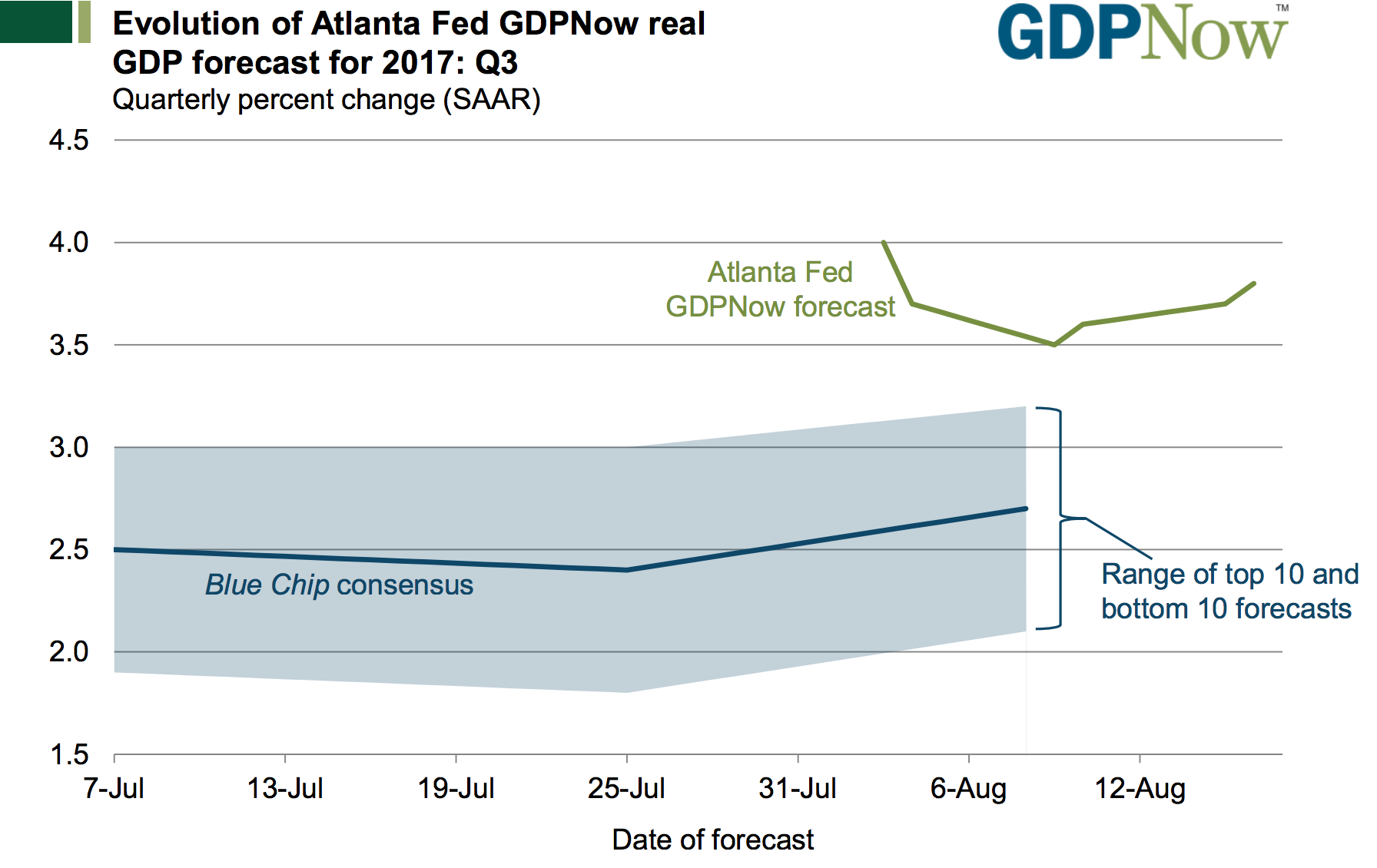 Trump supporters quickly pointed out that the president was keeping his campaign promise. However, one economist explained the Atlanta Fed is an advanced estimate and has a fair amount of volatility.

“They are not the official Atlanta Fed GDP forecasts but a model that tries to give more timely estimates of what the official BEA GDP estimate will be,” said Mark Fleming, First American Financial Corp. chief economist. "The interesting thing to do is watch how the GDPNow forecast evolves as data is released.”