The company describes itself as an insurance holding company whose subsidiaries actively market, underwrite, and provide risk management services for a wide variety of coverage’s mostly in the general and title insurance fields.

And while it does have a mortgage insurance business, its long-term interest in mortgage guaranty and consumer credit indemnity lines has devolved. ORI’s mortgage insurance company, Republic Mortgage Insurance Company, has been in run-off since 2011.

Looking at the company’s second-quarter and first half of the year earnings release, it posted relatively level operating earnings for this year's second quarter, while those of the year's first half rose modestly compared to the same period of 2016, as seen in the chart below. 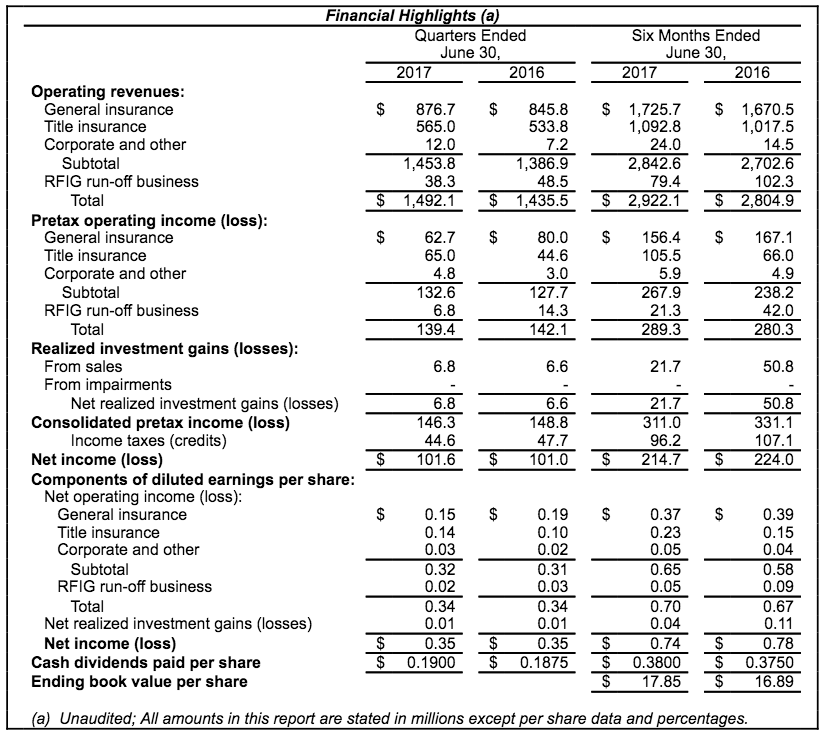 ORI attributed the success in the second quarter and first half of the year to greater profits in Old Republic's Title Insurance Group.

Although the declining premium base created a higher claim ratio for 2017, reported claim costs for mortgage insurance were relatively level in comparison to the related periods of 2016, the release noted.

And while the declining premium base led to a higher claim ratio for 2017, reported claim costs for mortgage insurance were relatively level in comparison to the related periods of 2016.

The company also noted that reductions in the provision for current year losses stemming from a continuing drop in newly reported delinquencies as well as improving cure rates were offset by less favorable reserve developments in 2017.