That’s what I thought to myself when I first read the press release.

In case you missed it, SoFi announced recently that it is now offering a one-month supply of avocado toast with each new mortgage in the month of July.

I must admit; it’s a pretty funny gimmick and really smart marketing.

About a month or so ago, “the internet” (and I use the sarcastic air quotes here) was all hot and bothered after an Australian millionaire suggested that Millennials would be able to afford a home if they could just give up their daily dose of avocado toast.

“When I was trying to buy my first home, I wasn’t buying smashed avocado for $19 and four coffees at $4 each,” 35-year-old real estate developer Timothy Gurner told Australia’s 60 Minutes.

“We’re at a point now where the expectations of younger people are very, very high. They want to eat out every day; they want travel to Europe every year,” Gurner continued. “The people that own homes today worked very, very hard for it,” he said, adding that they “saved every dollar, did everything they could to get up the property investment ladder.”

And as these types of things are wont to do, Gurner’s proclamation went viral.

Twitter lit up with joke after joke about how many avocado toasts would it take to buy a house in (insert large city here) and people sharing pictures of their avocado toast breakfast (otherwise known as their down payment).

For a while there, one couldn’t go more than a few minutes on Twitter without seeing some form of joke or comment about avocado toast’s apparent relationship to housing.

Then, as so often happens, the “avocado toast=a new house” furor eventually died down.

Until Thursday that is, when SoFi announced that it would be offering a month’s supply of avocado toast with each new mortgage.

And what happened next? Avocado toast was right back in the mainstream housing discussion again, which is exactly what SoFi wanted.

Personally, I think that SoFi’s offer is very savvy marketing.

Here’s the thing: I don’t think for one second that anyone is going to be convinced to get a mortgage with SoFi specifically because of this avocado toast offer.

No one who wants a mortgage is going to choose SoFi because they’re offering avocado toast. No one likes avocado toast that much.

And another thing, SoFi isn’t really even offering avocado toast.

Here’s SoFi’s offer in the company’s own words (emphasis added by me):

Once someone completes their home purchase with a SoFi mortgage in July, they'll receive an email with the option of choosing regular or gluten-free bread to go along with their avocados. The ingredients will be divided over three shipments to ensure freshness upon delivery. Recipients will still need to toast the bread.

And there’s nothing to go with it. It’s just bread and avocados (as Bloomberg’s Matt Levine pointed out on Twitter).

Now, I’ve never had avocado toast before because it personally it seems ridiculous to pay that much for toast with avocado on it. But apparently it’s quite the popular item.

And according to the image that SoFi added to its press release, avocado toast apparently comes with all sorts of toppings: hard-boiled eggs, onions, tomatoes, jalapeños, and various seasonings and whatnot. 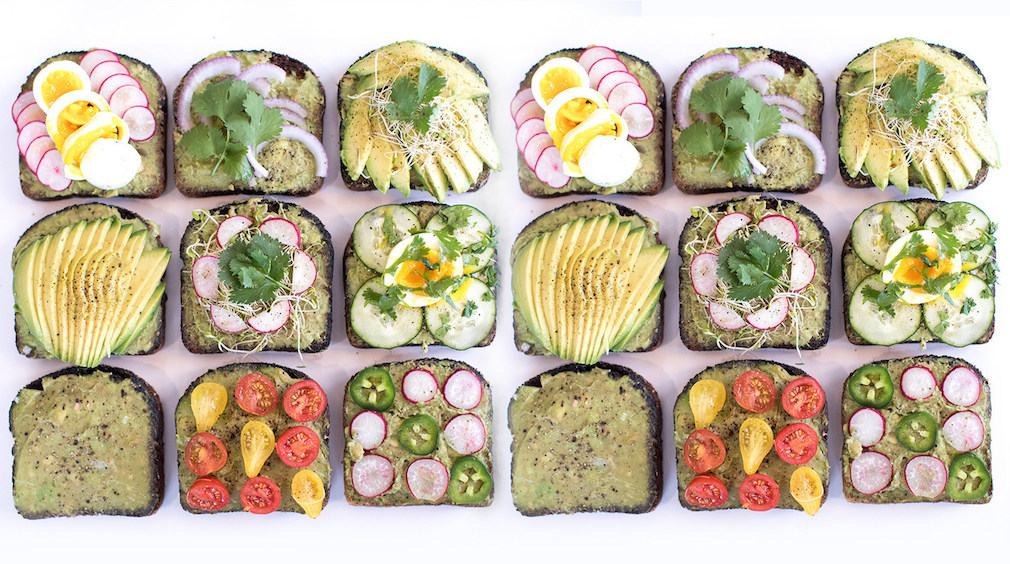 SoFi is gonna send you a loaf of bread and some avocados and you gotta do the rest of the work yourself.

But that’s not the point. The point is SoFi’s game.

So what’s SoFi’s game here? Free publicity, and they got it in spades.

SoFi published its press release about the avocado toast offer Thursday morning at 9:00 am Eastern.

What happened next is why this whole thing is some really smart marketing. Media outlet after media outlet started writing about the offer.

And the AP picking it up means that it probably appeared in a great number of newspapers all over the country today.

Why? Because it’s funny and quirky, and little bit ridiculous. And those are words that aren’t usually used to describe stories from the mortgage business.

Trust me, I know.

So media outlets get what they want, those precious pageviews (thank you very much dear readers).

And what does SoFi get? A boatload of free advertising.

CNBC, Money, Fortune, Curbed San Francisco, Silicon Beat, the Observer, the Associated Press, and HousingWire all just ran a free commercial for SoFi and its offer.

Again, I doubt that SoFi’s offer on its face will pull in much business, but SoFi just bought itself a day’s worth of free publicity and planted itself right in the middle of the avocado toast=housing zeitgeist.

And what did it cost SoFi? Nothing. Just a couple dozen loaves of bread and about 20 pounds of avocados.

“Pundits have unfairly besmirched avocado toast as the reason younger Americans aren't buying homes. We know that's wrong — it's because the traditional mortgage product hasn't evolved,” Joanne Bradford, SoFi’s chief marketing officer, said in SoFi’s press release. “In addition to offering a mortgage with 10% down and no borrower-paid private mortgage insurance required, we wanted to help people have their avocado toast and eat it too.”

So the borrowers get to “have their avocado toast and eat it too,” and SoFi gets to bathe in free publicity and make money off it too.

Seems like a pretty smart marketing gimmick to me.