The homeownership rate among Hispanics in the U.S. is significantly lower than non-Hispanic whites, and a new report from Freddie Mac explains why.

The homeownership rate among Hispanics currently stands at about 45%, more than 20 percentage points lower than the rate among non-Hispanic whites. The gap can be traced to differences in age, income, education and other factors, the report showed. 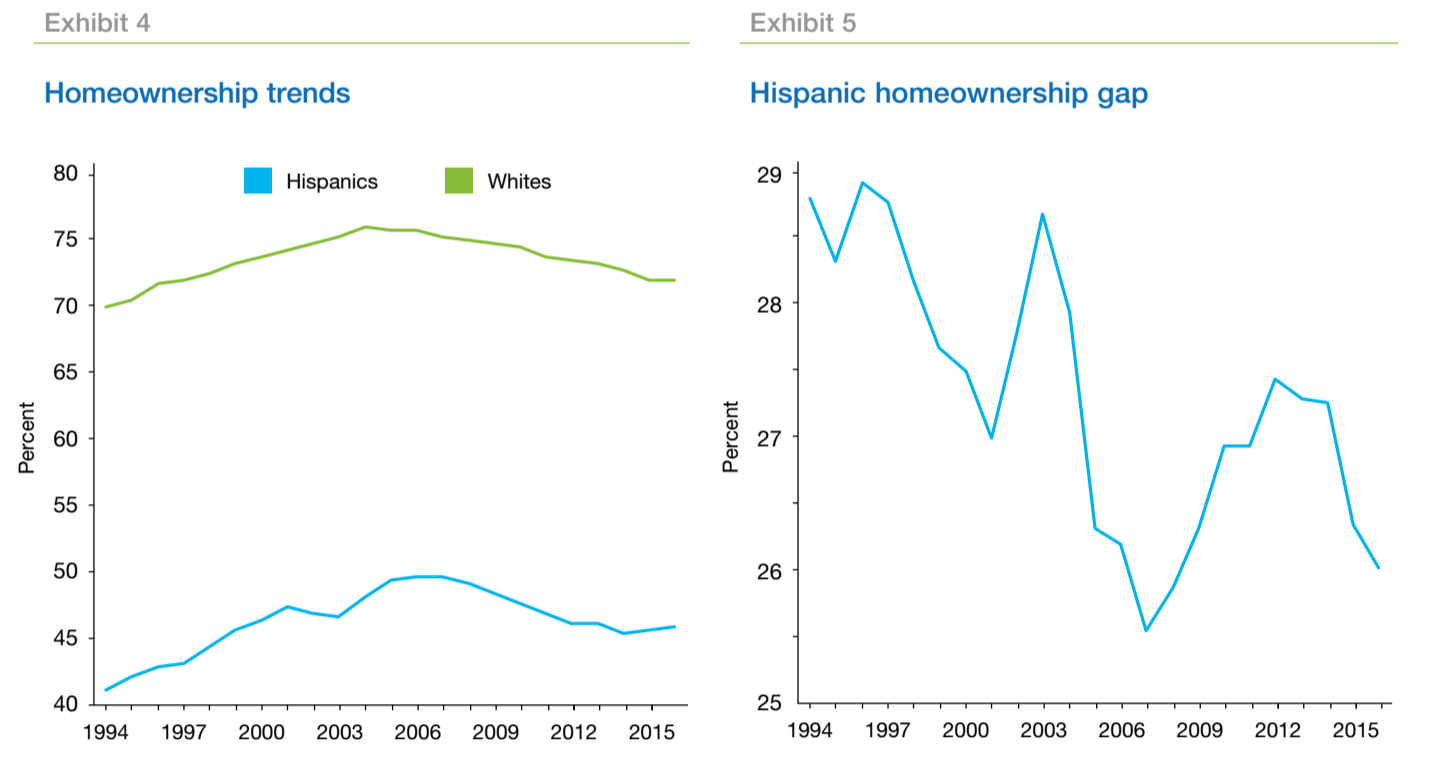 Within the Hispanic population, 66% are U.S. citizens, 11% are permanent residents, 10% are here on temporary visas which could lead to permanent residency and an estimated 13% are undocumented immigrants.

This population is on average 10 years younger than non-Hispanic whites, and the share with a bachelor’s degree is slightly less. The median household income among Hispanics came in at 75% of white median income, the report showed.

This chart shows how much each factor influences the Hispanic homeownership rate. Age proved to be the most important factor. If all other factors are equal, a 35-year old is 15 percentage points more likely to be a homeowner than a 25-year old. 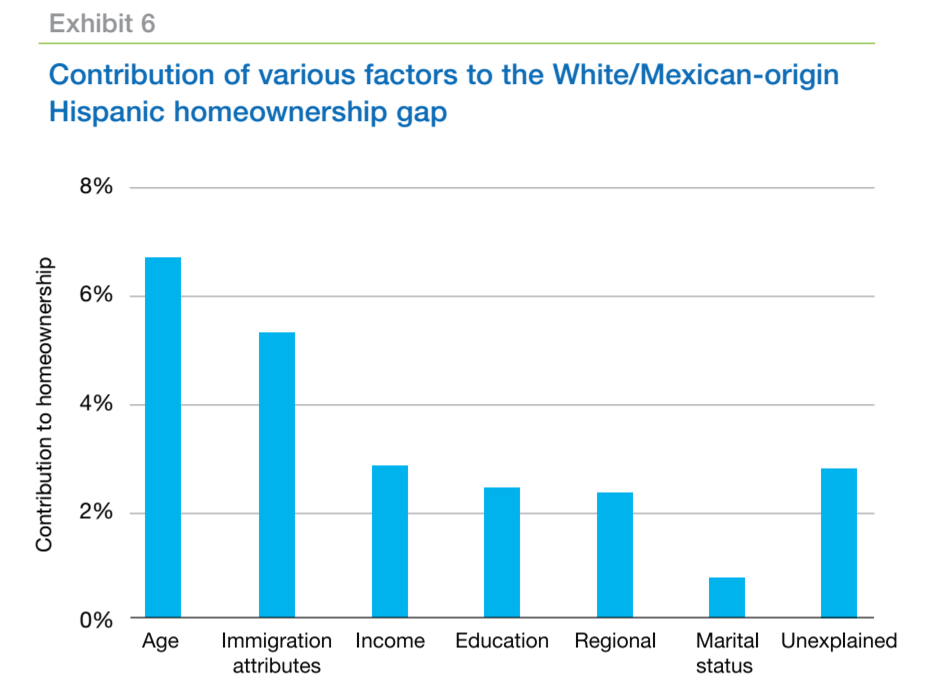 Due to the 10-year average age gap between the two populations, age accounts for about seven percentage points of the homeownership rate gap, Freddie Mac’s report shows.

However, about 13% of the gap can’t be explained by difference in age, education and other observable factors.

This chart below shows the age gap between whites and Hispanics is projected to narrow slowly over time. The U.S. Census Bureau expects the average age gap will drop to eight years by 2060.

Due to a number of factors, including a projected increase in Hipsanics born in the U.S., Freddie Mac projected the homeownership gap between Hispanics and whites will decreases slowly over the next several years. 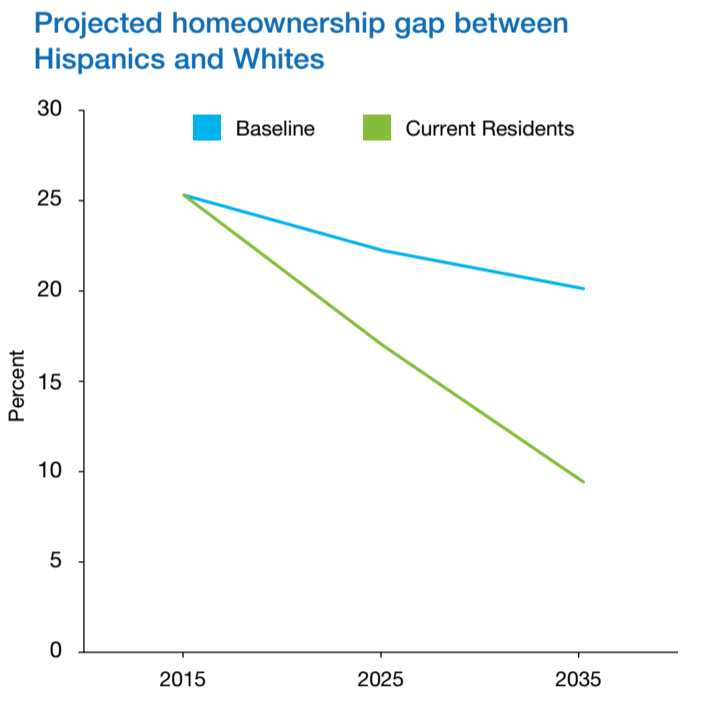 “Most of the White/Hispanic gap can be traced to population differences in the characteristics that influence homeownership in the U.S. – age, English proficiency, income, education, etc.,” Freddie Mac said in its report. “If these differences are reduced in the future, some of the homeownership gap can be eliminated.”