It’s finally a seller's market, but according to a new Capital Economics report, the increased selling sentiment doesn’t guarantee a boost in much-needed housing inventory.

Unfortunately, Capital Economics explained that past rises in selling sentiment have not been accompanied by a significant rise in actual listings. And paired with the fact that the number of vacant homes that are being held off the market is rising, the report expects little chance for an improvement in inventory levels this year.

While selling sentiment is at its highest level in seven years, the change shouldn't come as a shock.

Capital Economic attributed the change to multitude of factors, specifically pointing out the significant rise in home prices.

Since the share of homes with negative equity dropped to just 6.1% in the first quarter, compared to 8.1% a year ago, sellers can look forward to a good price and a quick sale. 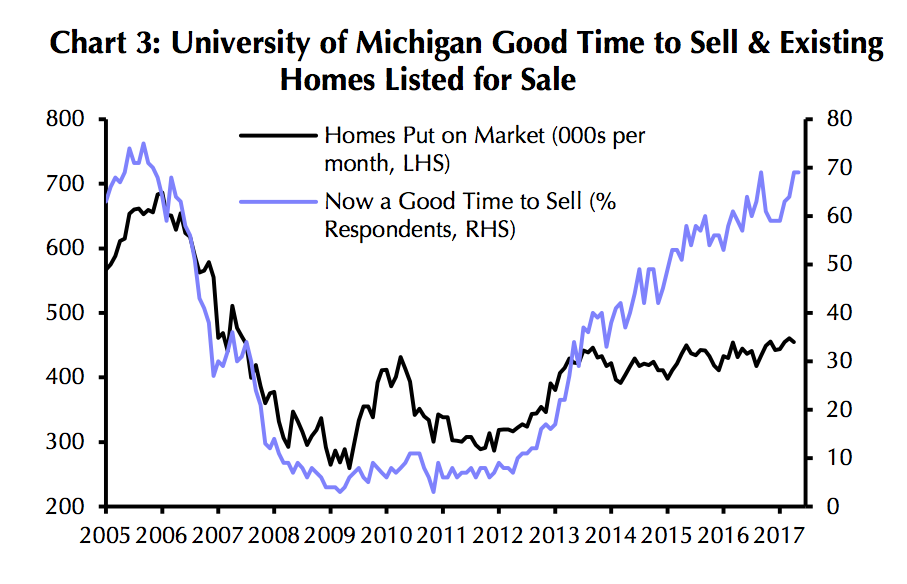 According to the report, a part of the reason is that since home prices are expected to continue to appreciate, households may expect selling conditions to continue to improve, causing them the wait to sell.

Capital Economics does predict that this will change eventually though, as higher interest rates and lower house price expectations will eventually lead to more of those homes coming onto the market. But this probably won’t happen this year.