Matt Humphrey co-founded LendingHome in 2013 with a mission to reimagine the mortgage process from end to end.

Humphrey started his first business at 17 and LendingHome is his seventh tech startup. He founded his previous company, an e-commerce platform called HomeRun, when he was 23 years old and successfully exited for north of $100 million less than 18 months later.

Humphrey and his team spent almost a year building out their proprietary LendingHome mortgage platform, which has become the largest and fastest-growing mortgage marketplace lender in the nearly three years since it launched.

So far, the company has funded over $1 billion in mortgage loans and has returned over $410 million in principal and $35 million in interest to investors. With LendingHome, borrowers can receive their rate in 60 seconds, complete their application in 20 minutes, and close in under 15 days.

LendingHome has also secured over $100 million in equity funding from investors including Foundation Capital, Ribbit Capital, and Renren. Humphrey is an active angel investor who has invested in over 100 startups since 2012. 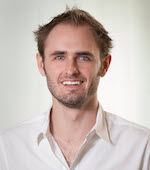 The entrepreneurial road is going to be a long and difficult one, filled with tons of ups and downs. Get ready to learn from failure and try to get a little bit better each time. And, more than anything, enjoy the journey. That's what it's all about.