Under Darius Mirshahzadeh’s leadership, The Money Source has grown into one of the largest nonbank mortgage lenders in the nation and is a Top 15 Ginnie Mae mortgage servicer.

During the past year, he has overseen the launch of The Money Source’s retail division and launched innovative technologies, releasing a SIME mortgage subservicing platform. In addition, under Mirshahzadeh’s leadership, The Money Source has grown to seven offices across the country.

In 2016, The Money Source hired 500 new employees to satisfy the needs of its new retail lending and subservicing divisions, while still maintaining best-in-class employee engagement scores.

Mirshahzadeh is a proponent of core value-driven leadership — a reason the company has maintained its award-winning employee engagement while growing its business at a record fast pace.

Mirshahzadeh is also the president of The Pink Unicorn Foundation, a nonprofit that directs The Money Source’s philanthropy. In 2016, the foundation donated more than $30,000 to numerous causes, including United Way and national food banks. 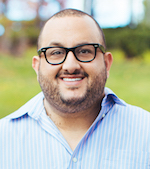 I am extremely disciplined when it comes to using my calendar. I set reminders for reminders. I believe this is one of the tools to moving the ball forward on projects big and small.