California pending homes sales continued to trend down in April due to low housing inventory and eroding affordability, the California Association of Realtors reported.

The report also came with CAR’s April Market Pulse Survey, which gave a more in-depth explanation from California Realtors on what they are witnessing in the market.

According to the report, based on signed contracts, year-over-year statewide pending home sales declined for the fourth straight month in April on a seasonally adjusted basis, with the Pending Home Sales Index falling 7.4% from 122.8 in April 2016 to 113.7 in April 2017.

The year-over-year decline marked the largest drop since July 2014 when sales decreased 9.1% from the previous year.

CAR explained that the quickening pace of pending sales declines shows that the typically busy spring home-buying season may underperform. The report attributed the change to demand outstripping the supply of active listings, which was 10.5% lower than in April a year ago.

The chart below gives a breakdown of pending home sales at the county/region level. 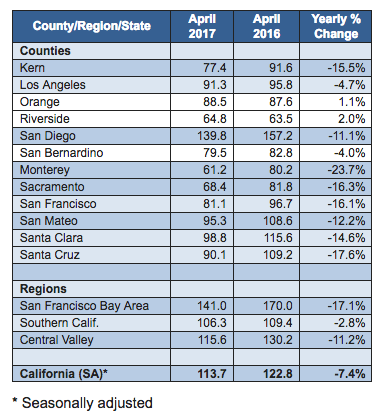 Meanwhile, the Market Pulse Survey noted that California Realtors said their expectations for market conditions for the year declined from April as they experienced less open-house traffic, fewer multiple offers, more price reductions, and no change in listing appointment activity compared with March.

The chart below shows the top concerns for Realtors, with a lack of available inventory continuing to occupy the No. 1 position. 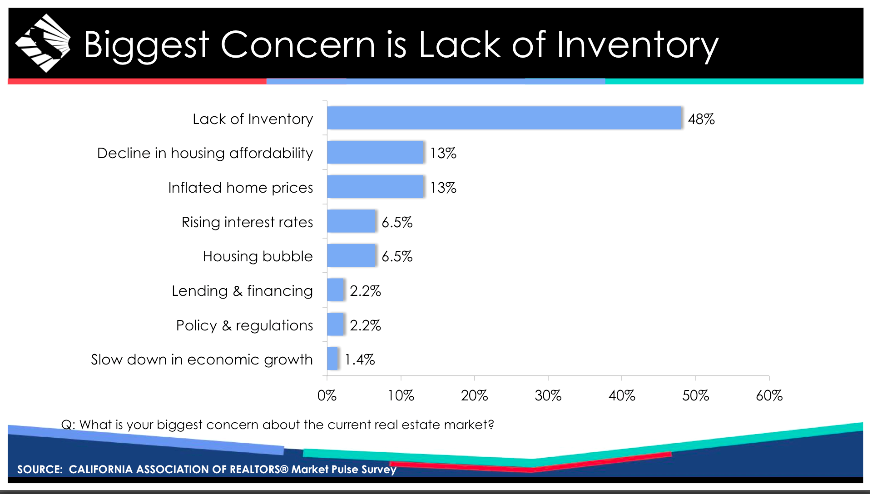