As the industry gears up for the spring home-buying season, first-time homebuyers are once again stuck trying to gauge exactly how affordable their market is, along with if it’s even one they are able to jump into.

Experts recently weighed in on what this year’s housing market will look like, projecting another year of extremely tight inventory and rising interest rates, which doesn’t paint a positive picture for first-time homebuyers.

But not all markets are created equal, and this new report from Bankrate shows what markets are ideal for Millennials, who make up the majority of first-time homebuyers.

And of course, there are the states that rank at the bottom of the list, making up the worst markets for first-time homebuyers.

The chart below, which includes all 50 states, ranks the toughest and easiest states for first-time homebuyers based on five key measures:

Following the chart below, there will be a more thorough explanation of the different ranking methodologies. The five different methodologies are important since even though a state ranked low overall, it still could have a higher ranking in at least one methodology.

The chart shows the five different measures, along with an overall score. 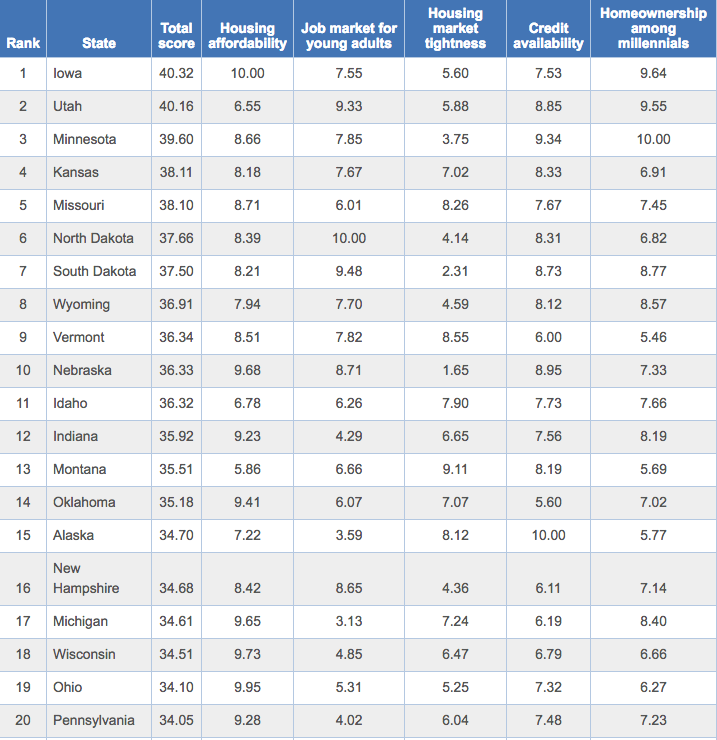 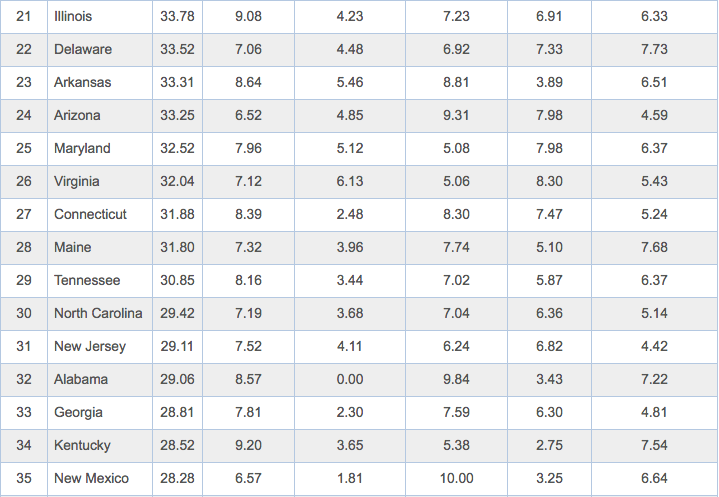 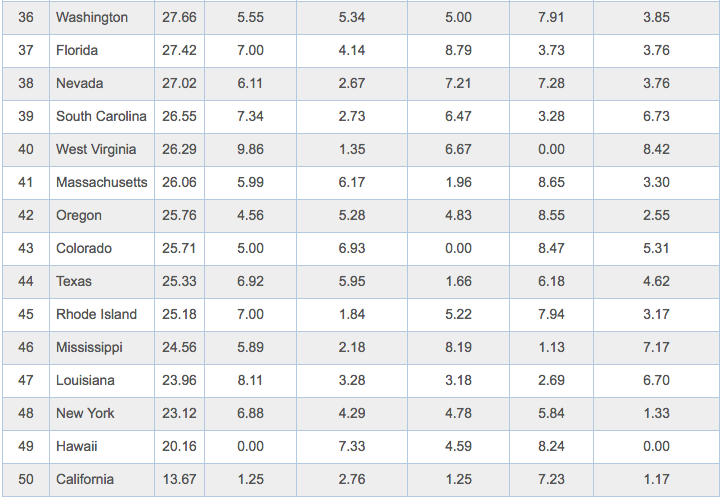 Affordability is a huge issue for first-time buyers, especially in states with large and growing metro areas, says Rolf Pendall, co-director of the Metropolitan Housing and Communities Policy Center at the Urban Institute.

To find out how access to home financing varies across states, Bankrate looked at data from millions of mortgage applications available under the Home Mortgage Disclosure Act.

When there’s an inventory shortage, it typically makes it difficult for first-time homebuyers to jump in. Bankrate analyzed Census data to calculate how tight the housing market is.

5. Homeownership among the under-35 crowd

This last measure looks at how many other Millennials have already successful purchased a home. Using Census data one again, Bankrate calculated the percentage of households under 35 living in owner-occupied housing.