Mortgage interest rates remained at a two-year high this week, climbing again for the ninth straight week after the election.

But thanks to incredibly low interest rates seen earlier this year, 2016 will finish with the lowest annual average for the 30-year, fixed-rate mortgage on record, according to new data published Thursday by Freddie Mac.

Per Freddie Mac’s latest Primary Mortgage Market Survey, the average interest rate for the 30-year, fixed-rate mortgage for the week ending Dec. 29, 2016 was 4.32%, up slightly from last week’s average of 4.3%.

The last week’s increase, albeit a small one, represents a continuation of a nine-week run of increasing interest rates since the election. 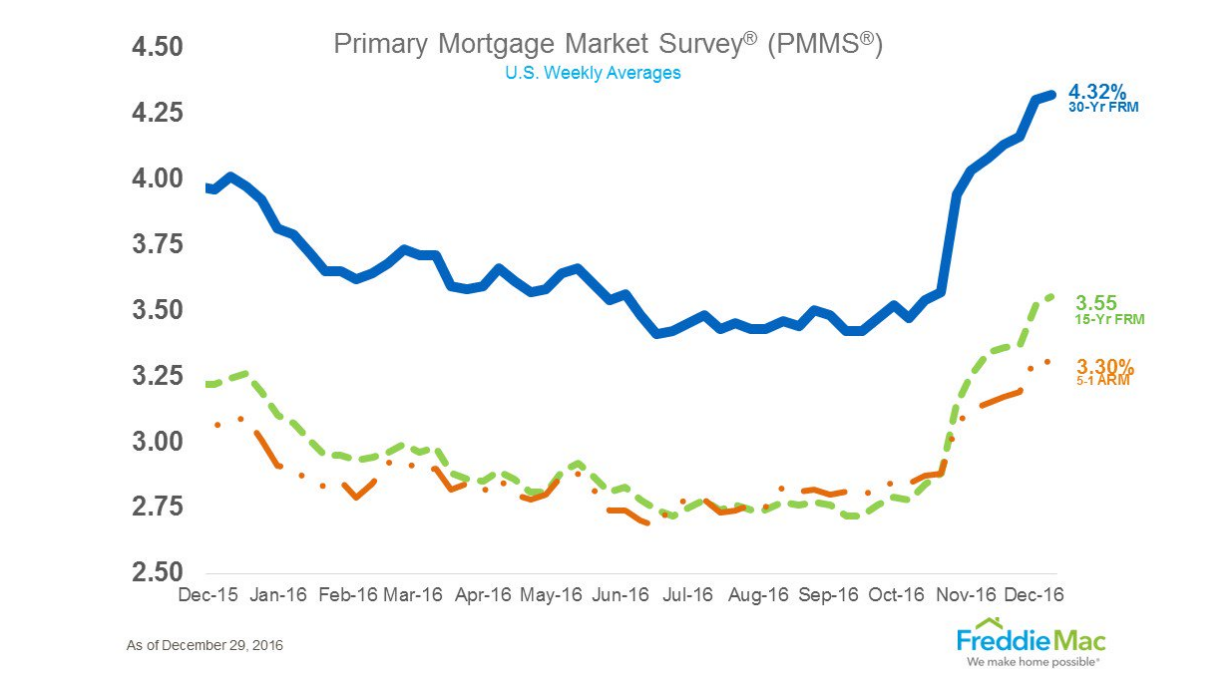 Despite the nine straight weeks of increases, the annual average for the 30-year, fixed-rate mortgage for 2016 is 3.65%, which is the lowest annual average ever recorded in the Freddie Mac survey, stretching back to 1971.

“The 30-year mortgage rate rose 2 basis points to 4.32%, closing the year with nine consecutive weeks of increases,” Becketti added. “As mortgage rates continue to increase, home sales and affordability will continue to be a concern for housing in 2017.”

Additionally, Freddie Mac’s report also showed that the 15-year, fixed-rate mortgage averaged 3.55% this week, up from last week when it averaged 3.52%.

More than 20 million renters could soon be evicted

Mass evictions are a possibility for 19 to 23 million renters across the U.S. by the end of September. That’s one out of five renters.