The metric failed (seen in the chart below) tests whether SunTrust properly collected default-related fees from borrowers. Those fees include property preservation fees, valuation fees and attorneys’ fees.

Since SunTrust failed the metric, it submitted a Corrective Action Plan to the monitor in December, which is currently under review.

If the CAP is sufficient to address the root causes of the failure, SunTrust will implement the plan before testing resumes.

SunTrust’s NMS requirements date back to more than two years ago when the U.S. Department of Housing and Urban Development, the U.S. Department of Justice, the Consumer Financial Protection Bureau and attorneys general in 49 states and the District of Columbia announced a $968 million mortgage origination settlement with SunTrust to cover mortgage servicing and foreclosure abuses.

The claims related to the bank’s origination of Federal Housing Administration-insured mortgages and SunTrust's portion of the National Mortgage Servicing Settlement.

Under the settlement, SunTrust agreed to pay $500 million in loss-mitigation relief to underwater borrowers, $40 million to consumers who lost their homes to foreclosure and $10 million to the federal government.

As monitor, Smith evaluated SunTrust using the 34 metrics, or tests, enumerated in the Settlement. These metrics determine whether the SunTrust adheres to the 304 servicing standards, or rules, contained in the NMS.

This is the monitor’s third report on SunTrust, and an update on SunTrust’s consumer relief will be included in an upcoming report in early 2017. 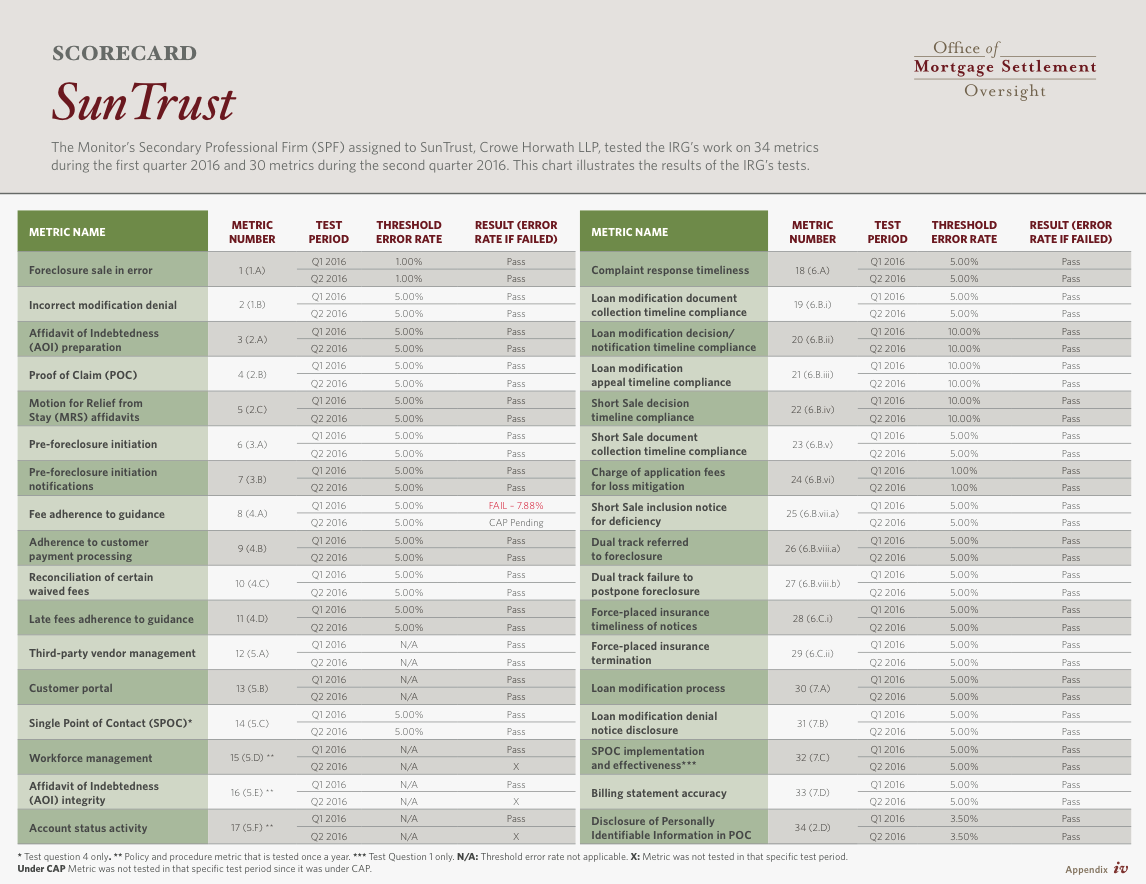 Smith’s office released the update on SunTrust in conjunction with an update on HSBC as well. The details on HSBC’s progress can be found here.

Refi Sugar High: How to balance your lending diet

The industry experts at TMS have compiled a list of proactive steps to take to ensure that your business will be prepared when the refi sugar high ends.