Fifth Third Bancorp named Edward Robinson (pictured below) as its senior vice president and head of Fifth Third Mortgage, where he will oversee all mortgage-related functions.

In his position, he will report to Chad Borton, executive vice president and head of the Consumer Bank.

“We are very pleased to add a leader of Ed’s caliber to Fifth Third. He has consistently demonstrated a solid track record of success in a variety of challenges and roles,” Borton said. “He brings extensive mortgage expertise and a strong financial and operational skill set that will directly enhance and accelerate our ability to grow the mortgage business.”

Robinson most recently worked at PHH, serving as senior vice president, leading servicing operations for a portfolio of more than 1.1 million loans and $234 billion through nearly 1,500 employees and contractors. Prior to that role, he was vice president of originations.

He has also held positions of increasing responsibility with Genworth Financial and General Electric.

Outside of the mortgage world, Robinson served 15 years in the U.S. Army as a special operations team leader, successfully completing elite technical and leadership training. He completed four combat tours operating in 15 countries.

“I am excited to join the leadership team at Fifth Third,” Robinson said. “I have always respected Fifth Third as a competitor and its level of commitment to the Mortgage business. I am confident I can make an immediate contribution and help the Bank fully capitalize on its growth prospects in both the purchase and refinance markets.”

Earlier this month, Fifth Third announced a zero down payment mortgage program for borrowers that qualify. 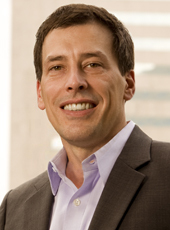