The Monitor of the Chase RMBS Settlement Joseph Smith officially credited Chase with providing $3,887,777,119 of consumer relief to 165,191 borrowers.

This brings the bank extremely close to its required $4 billion in credited consumer relief by Dec. 31, 2017.

This is the eighth progress report on Chase’s consumer relief under its settlement with the federal government and five states concerning claims that Chase, Bear Stearns and Washington Mutual packaged and sold bad residential mortgage-backed securities to investors before the financial crisis.

“I have credited Chase with $3.88 billion in consumer relief after an in-depth review of its consumer relief activities,” Smith said. “Chase self- reported an additional $113 million in relief, which I will review and discuss in my next report.”

Smith noted he is in the process of verifying the HRG’s assertion for the fourth quarter 2015 and for the first quarter 2016 and plans to release the results in his next report.

“We’ve been there for our customers from the beginning of the crisis and remain committed to supporting those who require assistance”, said Peter Muriungi, head of mortgage servicing at Chase. “We’re pleased with the findings of today’s report which speaks to our continued focus on helping our customers remain in their homes.” 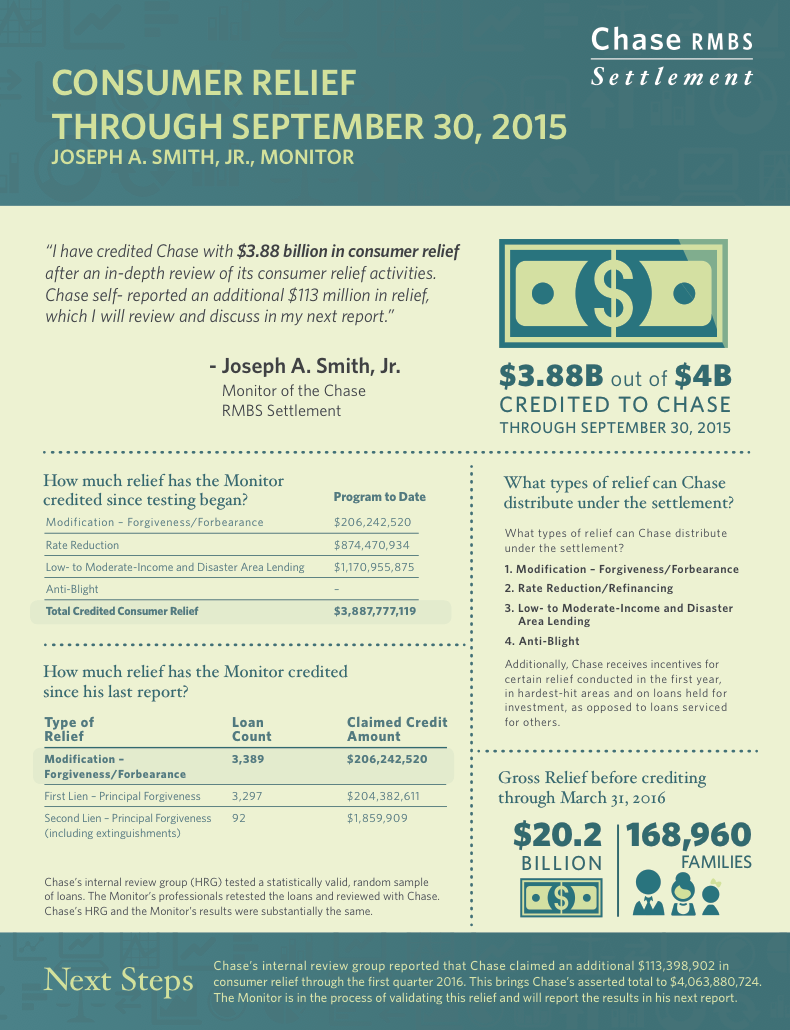