The mortgage portfolio of the top banks in the market has steadily dwindled over the past two years, according to the Office of the Comptroller of the Currency’s quarterly report on mortgages.

The OCC Mortgage Metrics Report is published quarterly to promote broader understanding of mortgage portfolio performance in the federal banking system, to support supervision of regulated institutions and to fulfill section 104 of the Helping Families Save Their Homes Act of 2009. The report only focuses on Bank of America, JPMorgan Chase, CIT Bank (formerlyOneWest),Citibank, HSBC, PNC, U.S. Bank, and Wells Fargo.

This amount made up only 41% of all first-lien residential mortgage debt outstanding in the United States. 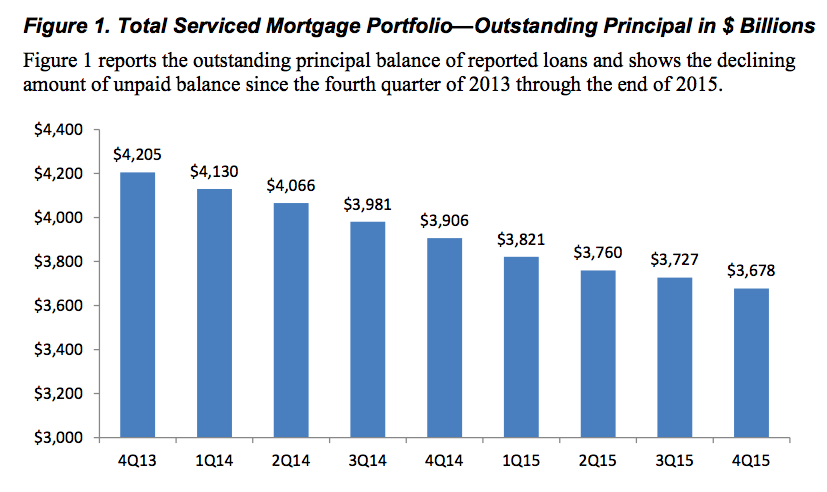 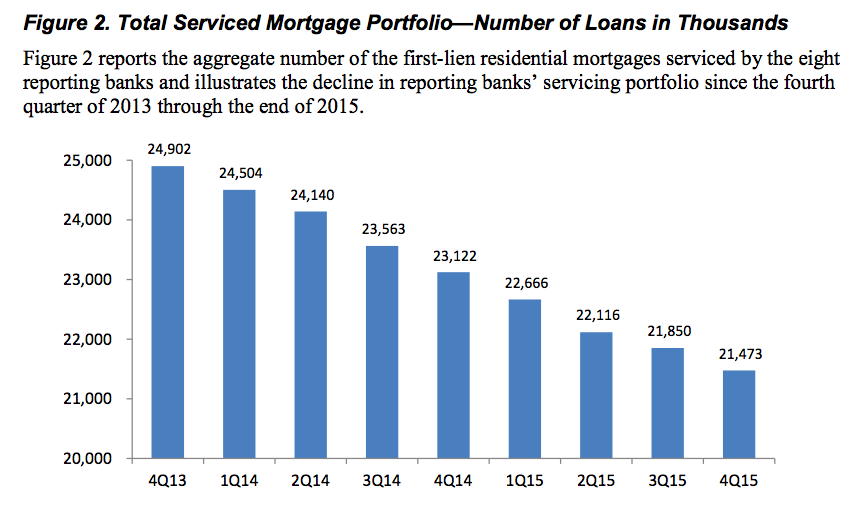 However, while portfolio size did shrink, the quality of the portfolio is improving.

Approximately 94.1% of mortgages included in the report were current and performing at the end of the quarter, compared with 93.9% a quarter earlier, the report said.

In addition, foreclosure activity has declined steadily since the end of 2013, falling 15.9% from the end of 2014, and reporting servicers initiated 63,387 new foreclosures during the fourth quarter of 2015, dropping from 75,395 a year earlier.