Last year was the strongest year yet for home flippers, with gains on flips in 2015 hitting $102,400 per flip on average, up from $98,500 in 2014 and significantly higher than the peak of $90,900 during the last housing boom, according to a report from real estate brokerage Redfin.

Interestingly enough, despite the huge gains in flipping homes, the overall amount of houses flipped was relatively low.

See below for the number of homes flipped. 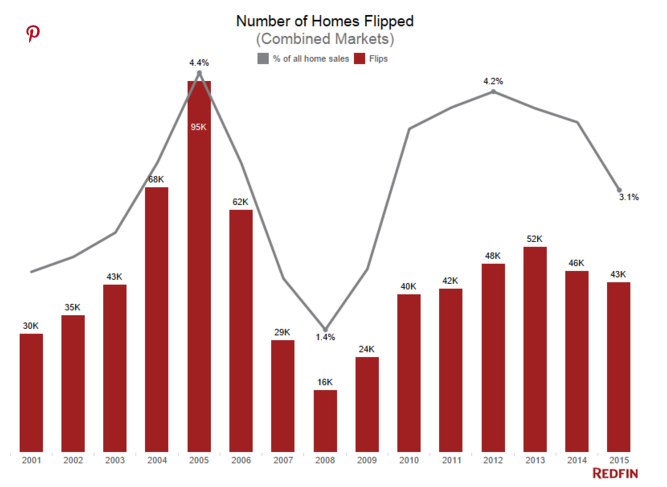 Redfin’s analysis also included its rankings of the country’s 10 hottest neighborhoods for flipping gains. Home flippers walked away with the biggest gains in neighborhoods located in Washington, D.C.

See picture below for the rest of the top 10 neighborhoods for flippers. 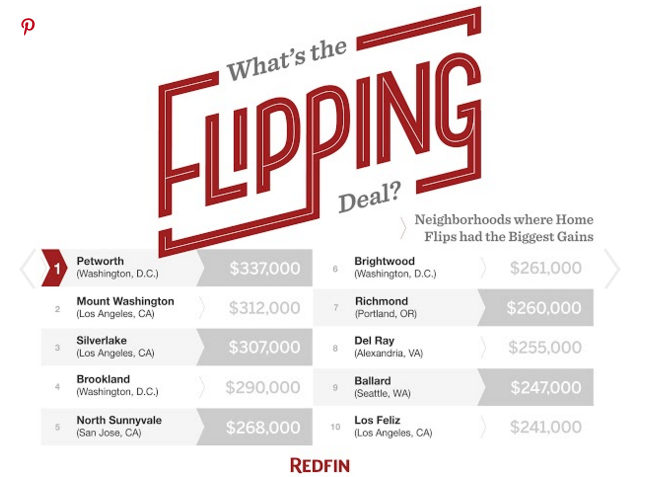 COVID-19 forced companies that had been reluctant to adapt to the new digital world to finally get on board. Behind much of this tech adoption are the 100 real estate and mortgage companies featured in our TECH100 list in the March issue of HousingWire Magazine.