The number of Americans who say that now is a good time to buy a home rebounded in February after last month’s all-time low thanks to slowing home-price appreciation, the latest Fannie Mae housing report found.

The survey found that 63% of respondents now say it is a good time to buy a house.

According to the report, Fannie Mae’s Home Purchase Sentiment Index slightly increased 1.2 points to 82.7 in February.

In addition, the net share of consumers who think home prices will go up over the next 12 months continued the downward trend from January, declining 4 percentage points, recording the biggest drop among HPSI components. 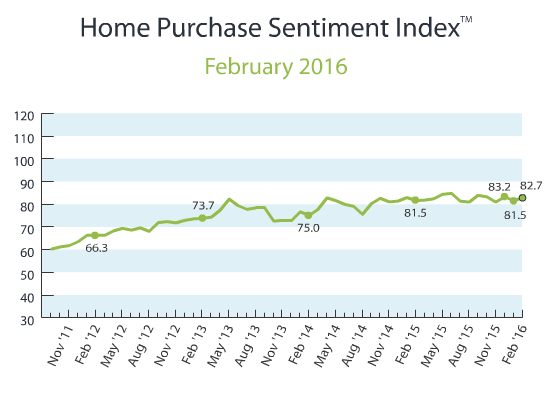 “For consumers who think it’s a bad time to buy a home, whose share has trended up from its recent low last November, high home prices have been an increasingly contributing factor. A slower pace of home-price appreciation may provide some relief for potential homebuyers, especially first-time buyers who couldn’t reap the benefits of selling a home at high prices to buy another one,” continued Duncan.