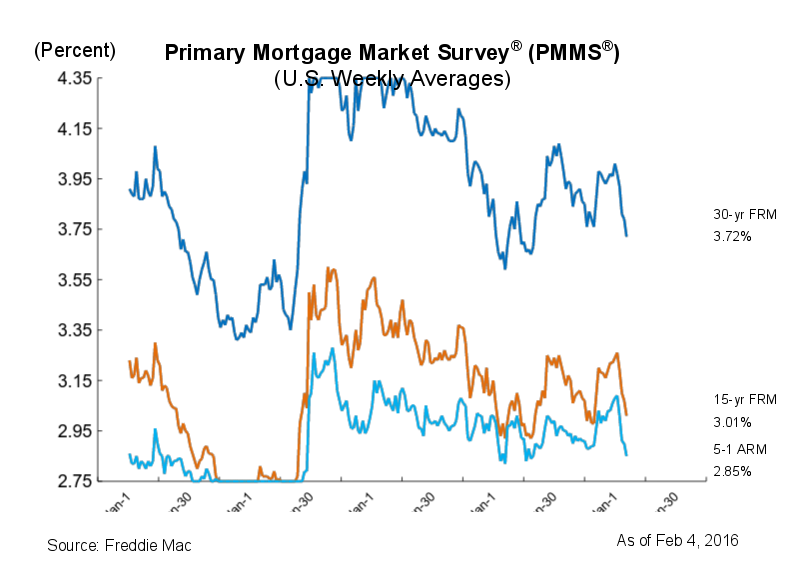 “Both the Treasury yield and the mortgage rate now are in the neighborhood of early-2015 lows,” said Becketti. “These declines are not what the market anticipated when the Fed raised the Federal funds rate in December. For now, though, sub 4% mortgage rates are providing a longer-than-expected opportunity for mortgage borrowers to refinance.”

According to an article in MarketWatch by Anora Mahmudova, "The 10-year U.S. Treasury yield hit a one-year low on Wednesday—a sign the market believes that interest rates will remain lower for longer."

Zillow’s latest report on the interest rates borrowers are quoted on its mortgage marketplace posted similar news, showing that during the last week, mortgage interest rates hit their lowest level since 2013.

Despite some predictions that mortgage interest rates would rise in the aftermath of the Federal Open Market Committee’s December announcement of an increase to the federal funds rate for the first time since June 2006, the exact opposite has happened, with interest rates falling to a two-year low, according to Zillow.

In 2021, there’s been a boom in private-label securitizations backed by mortgages on second homes and investment properties. With the suspension of the PSPA caps, the boom might soon fade. HW+ Premium Content