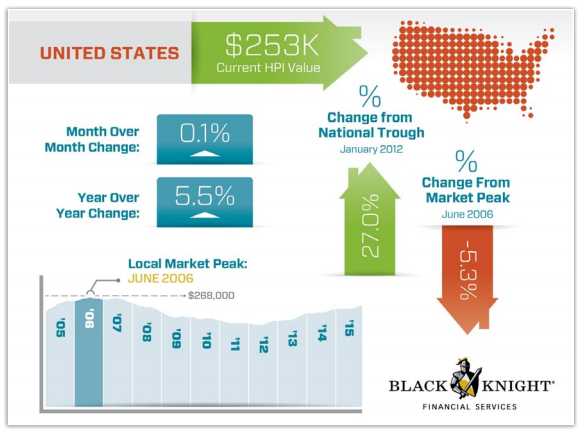 The Black Knight HPI utilizes repeat sales data from the nation’s largest public records data set, as well as its “market-leading, loan-level mortgage performance data, to produce one of the most complete and accurate measures of home prices available for both disclosure and non-disclosure states.”

The state accounted for five of the top 10 best performing in November, with NYC leading at 1% month-over-month growth. 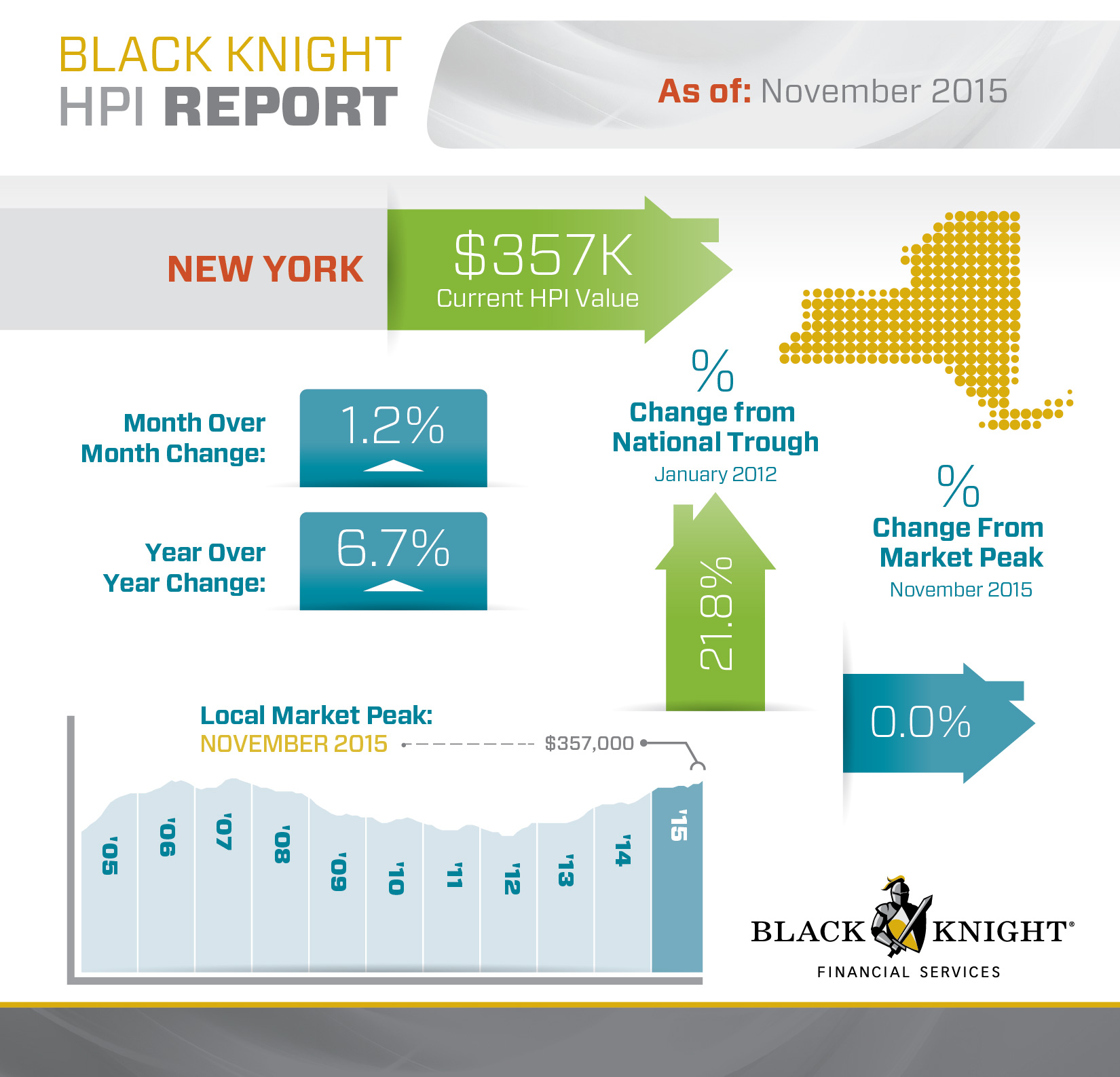 Along with New York, Tennessee and Texas also hit new peaks in November:

And at the metro level, of the nation’s 40 largest metros, seven hit new peaks: