Home prices posted a slightly higher year-over-year gain with a 5.2% annual increase in October, up from a 4.9% increase in September.

The 10-City Composite increased 5.1% in the year to October, compared to 4.9% previously, while the 20-City Composite’s year-over-year gain was 5.5% versus 5.4% reported in September.

On a monthly basis and after seasonal adjustment, the national index posted a gain of 0.9%, while the 10-City and 20-City Composites both increased 0.8% month-over-month. 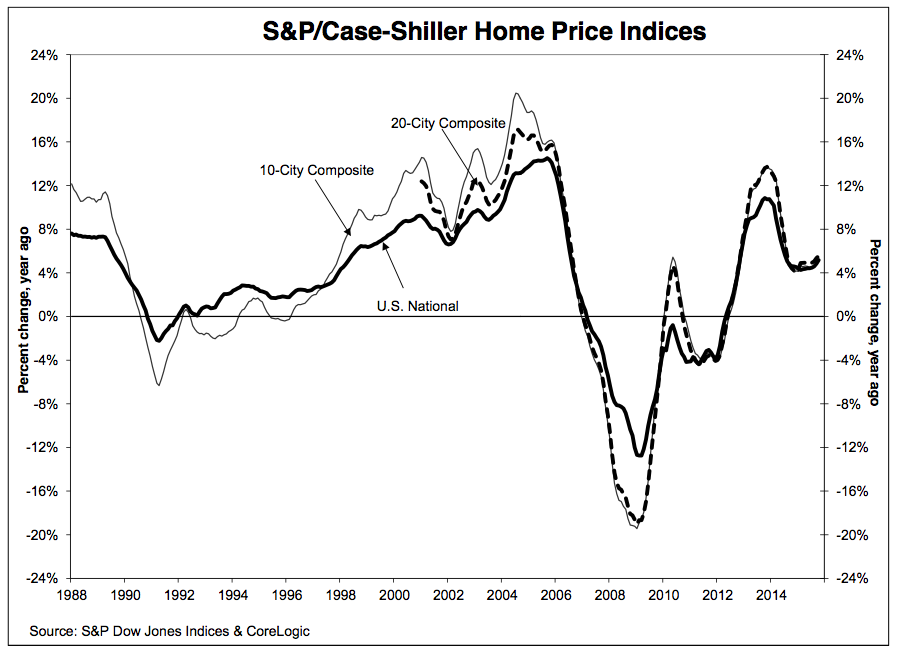 “Among the positive factors are consumers’ expectations of low inflation and further economic growth as well as recent increases in residential construction including single-family housing starts,” he continued.