The national foreclosure inventory continued its downward trend and declined by 24.3%, while completed foreclosures dropped by 17.6% compared with September 2014, according to the latest report from CoreLogic (CLGX).

"The largest improvements in the foreclosure inventory continue to be in judicial states on the East Coast such as Florida and New Jersey," said Sam Khater, deputy chief economist for CoreLogic. "While the overwhelming majority of states are experiencing declines in their foreclosure rates, four states experienced small increases compared with a year ago." 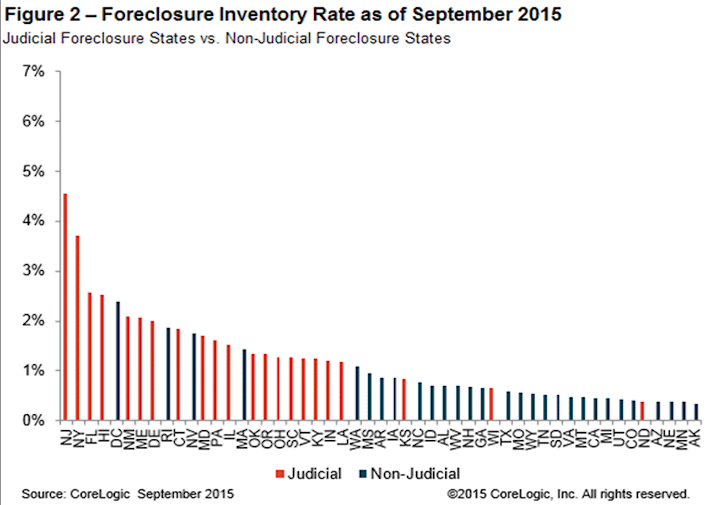 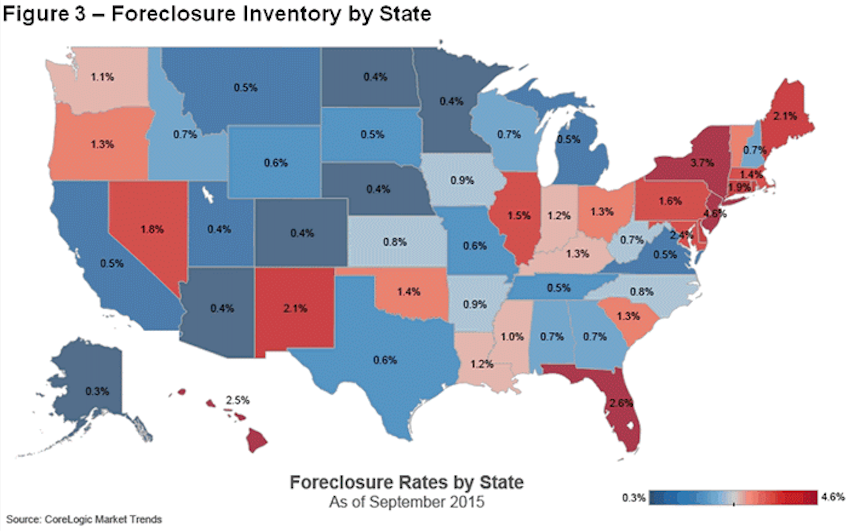 Additionally, number of mortgages in serious delinquency (defined as 90 days or more past due, including those loans in foreclosure or REO) declined by 21.2% from September 2014 to September 2015 with 1.3 million mortgages, or 3.4%, in this category.

"The rate of delinquencies continues to drop back closer to historic norms powered by improved economic conditions and tighter post-recession underwriting standards," said Anand Nallathambi, president and CEO of CoreLogic. "As we head into 2016, based on almost every major metric, the fundamentals underpinning the housing market are healthier than any time since 2007."