While it’s not easy to quantify how much the new compliance rules are impacting the industry, there are some variables that can help to gauge the changes.

Following a press conference over its originations forecast for 2016 at its annual meeting in San Diego, Marina Walsh, vice president of industry analysis in the Mortgage Bankers Association’s research and economics department, later explained further to HousingWire how compliance is financially impacting lenders.

To answer the question, the MBA is able to compare the fourth quarter of 2012 to the first quarter of 2015 since the quarters share similar volume periods.

Here’s the chart the MBA shared in its presentation at the conference. 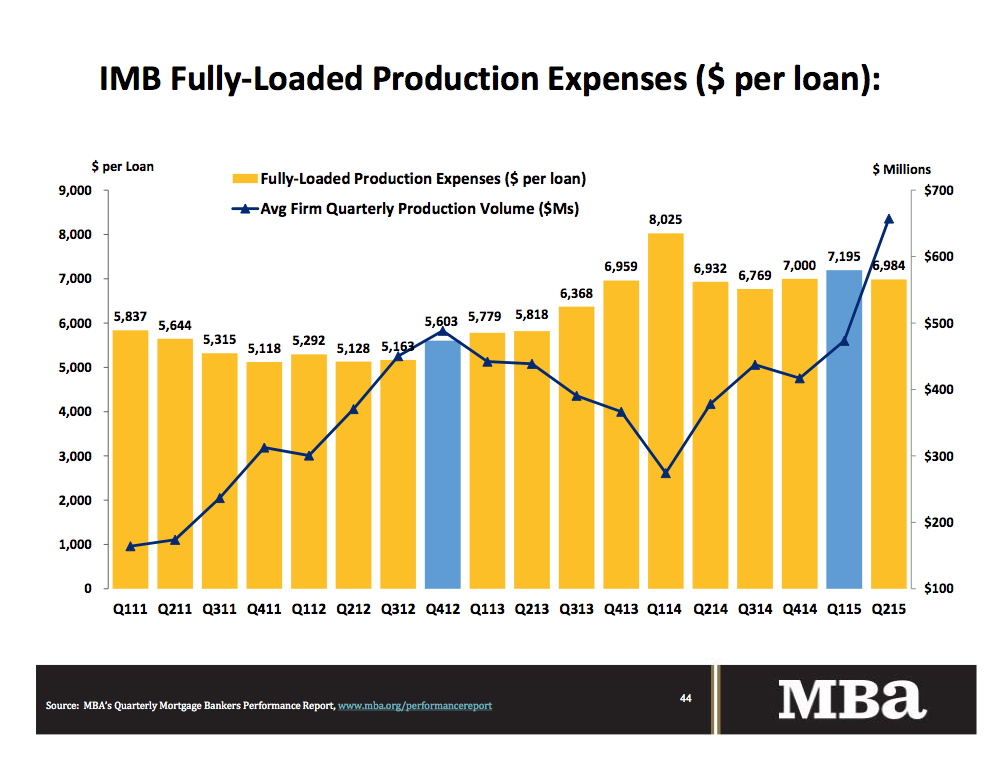 The chart shows there is a difference of nearly $1,600 between the two quarters.

Walsh noted that there has to be an explanation behind this although it’s not a cut and dry answer.

“Is that full variance related to compliance? I can’t prove that since this includes sales, fulfillment and support costs,” said Walsh.

“Between 4Q12 and 1Q15 loan balances went up, but only by about 15,000, so rising sales costs could be a function but a lot of variance could be processing, underwriting and closing,” she said. “What we are trying to highlight here is the variance for a similar volume period. For 2Q15, with the highest volume ever reported, we aren’t seeing the costs drop by very much.” 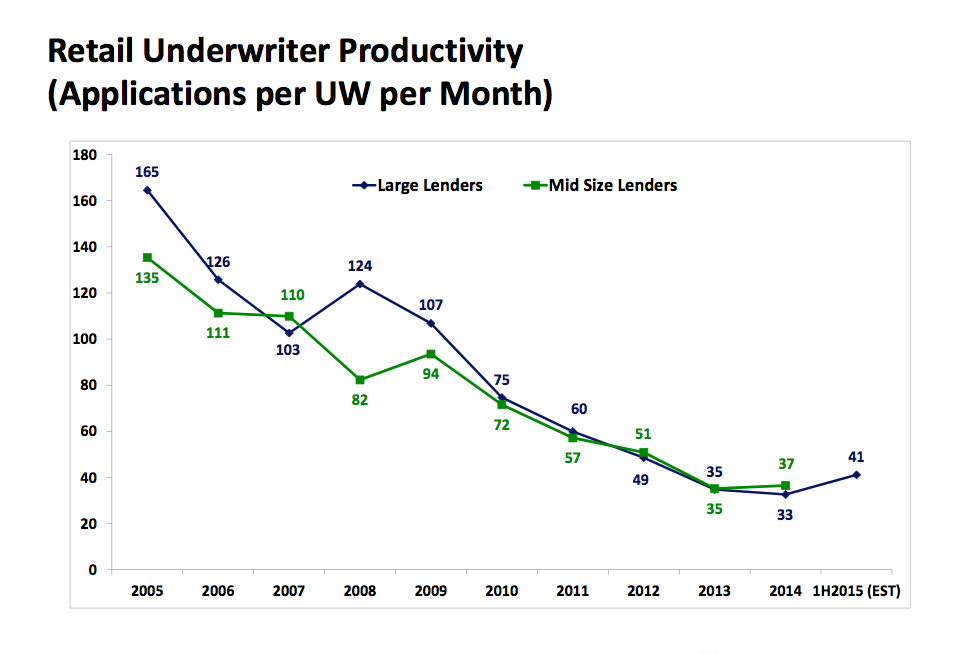 The issues with the comparison come into play when you look at new standards that weren’t in the picture before.

“To what extent is the old model really relevant for today?” Walsh asked.

"In declining volumes, you have people you just can’t get rid of. There are new job titles that you have to have on hand to be a compliant mortgage lender,” she said.

And she added that when volume is up, costs are also rising because lenders have to add more staff.

And on top of all this, she added that there were still compliance costs before 2012.