Once gain, rates are below 4% for the 11th consecutive week, including the 15-year fixed, which fell below 3% once again for the first time since April of this year. 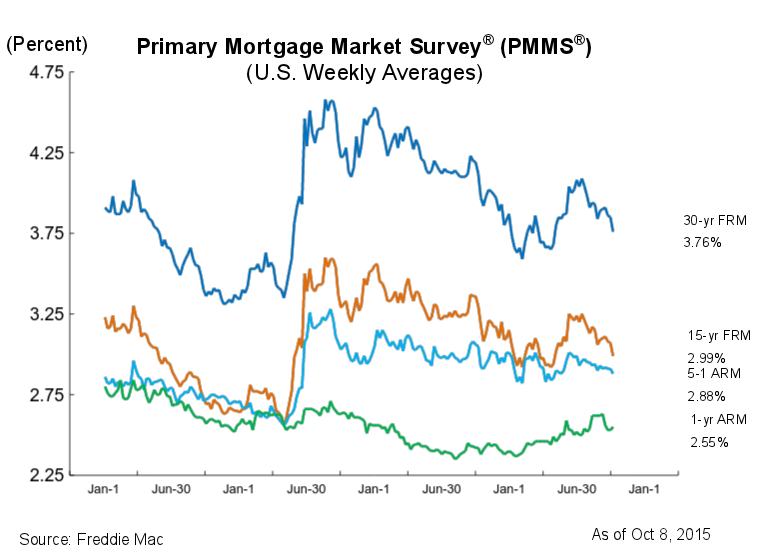 “Calling the September jobs report disappointing is an understatement. The sputtering U.S. economy added only 142,000 jobs. To make matters worse, there were downward revisions to the prior two months. Hourly wages were flat, and the labor force participation rate fell to 62.4%, the lowest rate since 1977,” said Sean Becketti, chief economist with Freddie Mac.

“In response, Treasury yields dipped below 2% triggering a 9 basis point tumble in the 30-year mortgage rate to 3.76%.”

The survey results are consistent with MBA’s May forecast, which shows far fewer home sales and mortgage originations than a year ago.