This is Smith’s sixth report on JPMorgan Chase’s (JPM) progress on its settlement with the federal government and five states concerning claims that Chase, Bear Stearns and Washington Mutual packaged and sold bad residential mortgage-backed securities to investors before the financial crisis.

“We continue to help thousands of families become homeowners and assist those who may be struggling.  We have helped nearly 162,000 families through more than $19 billion in total mortgage relief,” JPMorgan said in a statement.

“I will continue to monitor and report on Chase’s progress until Chase provides the required $4 billion in credited consumer relief by Dec. 31, 2017,” said Smith.

From here, Smith said he is in the process of confirming Chase’s additional claimed relief and plans to report his findings near the end of this year.

Here is a snapshot of the update consumer relief 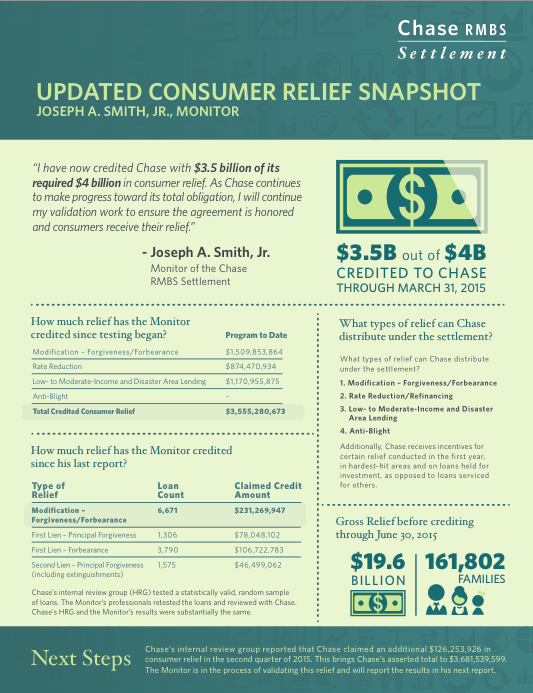 The Office of the Comptroller of the Currency said on Monday it had settled with three former Wells Fargo executives for their roles in the bank’s fake-account scandal.