Meanwhile, 5-year Treasury-indexed hybrid adjustable-rate mortgage dipped and fell to 2.91% this week, down from last week when it averaged 2.93%. A year ago, the 5-year ARM averaged 2.99%. 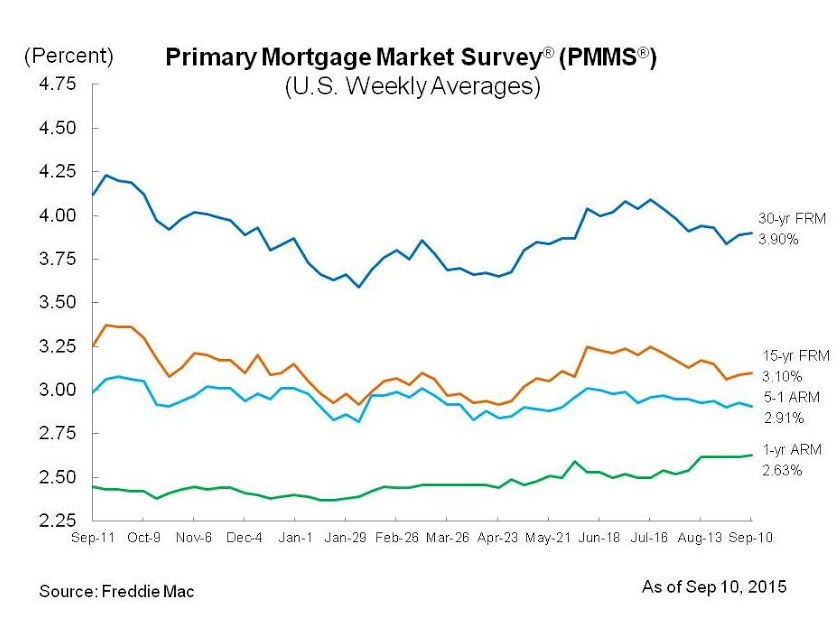 “The employment report released last Friday provided mixed signals, adding one more note of uncertainty prior to the Fed’s September meeting,” he continued.

Looking at last Friday’s employment numbers, total nonfarm payroll employment increased by a mere 173,000 in August, while the unemployment rate edged down to 5.1% because of people dropping out of the workforce, bringing the labor participation rate down to a 38-year low.