Guardian Mortgage Company announced that Marcia Phillips, who has served as the company’s president and chief executive officer of since 1988, is retiring from those positions and will become vice chairman of the company’s board of directors.

William Sanders, chairman of the Guardian Mortgage board of directors, said that Phillips (pictured above) has played a huge role in building the company’s strong foundation.

“Marcie Phillips, along with Cari McCue, the company’s chief operating officer, and Marcus McCue, executive vice president of business development, have been instrumental in developing one of the strongest corporate cultures in the rapidly changing mortgage origination and servicing industry,” Sanders said.

“Every Guardian Mortgage colleague knows that providing service to the company’s clients before, during and after the mortgage origination process is their most important responsibility,” Sanders said.

“Marcie’s day-to-day involvement will be missed, but we will have her advice and counsel on an ongoing basis as vice chairman of the board,” Sanders added.

“I have been honored to be part of Guardian Mortgage for more than 39 years,” Phillips said.

“We have built a company that has integrity at the center of everything we do, and I am confident that Russ, Cari, and Marcus will continue that philosophy,” Phillips added. “As vice chairman, I look forward to watching the company intelligently grow into a national enterprise and offering my thoughts, advice, and guidance as needed.” 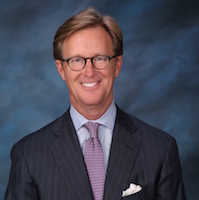 Anderson brings more than 30 years of experience in the mortgage industry at leading financial institutions including First Union National Bank and Wells Fargo to his position at Guardian.

Most recently, Anderson served as a senior vice president at Bank of America.

In addition to senior positions in the retail, correspondent and wholesale areas of the mortgage industry, he has significant experience in financing mortgage companies, Guardian said in a release.

In his new role with Guardian, Anderson will use his experience as a leader in an evolving organization to guide Guardian Mortgage as it executes a strategic plan to take the company’s business model national while adapting to the evolving regulatory and compliance environment.

“In a short time, I have developed a genuine respect for the entire Guardian Mortgage team, for Marcie Phillips, and the company’s strong business culture,” Anderson said. “Guardian Mortgage celebrated its 50th anniversary earlier this year; I am excited to have the opportunity to lead Guardian Mortgage into its second half century.”