Then index is based on home sales price information from mortgages sold to or guaranteed by Fannie Mae and Freddie Mac.

To put this in perspective, the index is 2.3% below its March 2007 peak and is roughly the same as the February 2006 index level.

However, the 12-month changes were all positive, ranging from 2.3% in the Middle Atlantic division to 7.5% in the Pacific division. 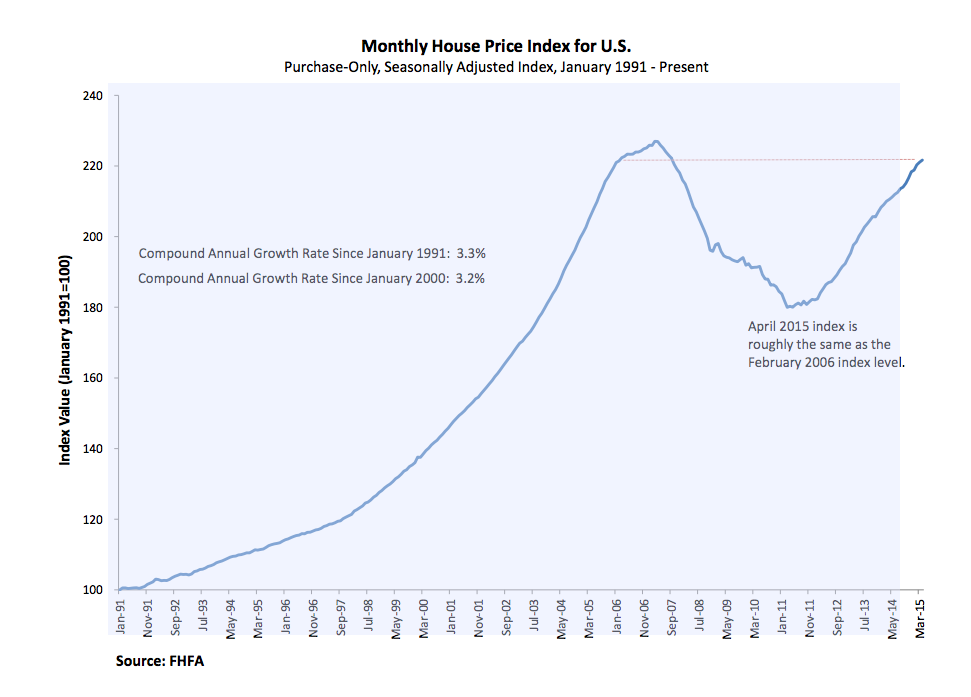