The job situation improved in almost every state over the last three months, according to the latest state coincident indexes report from the Federal Reserve Bank of Philadelphia.

The report cited that over the past three months the indexes increased in 41 states, decreased in eight and remained stable in one.

In the past month, the indexes increased in 35 states, decreased in 10 and remained stable in five. 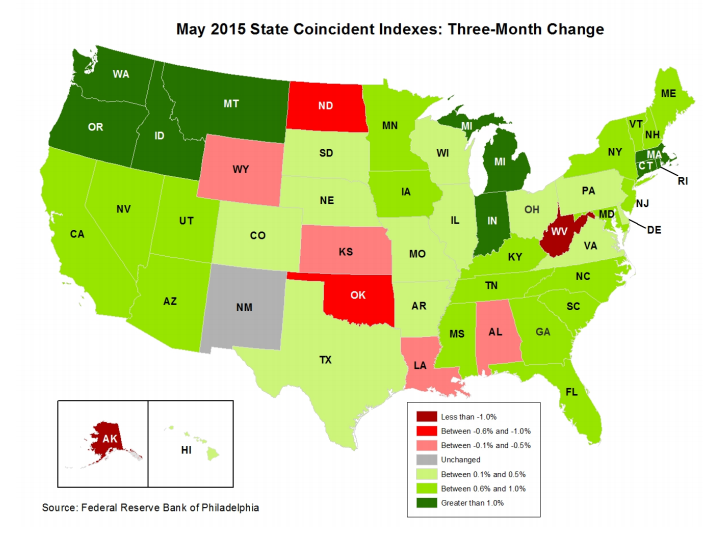