While Yellen left the door open for unexpected changes, signs still point to a likely rate hike this year.

“We will all be making decisions that depend on the actual data that we see. We could see data in the months ahead that justify the expectations that you will see in the dot plot. The important point is no decision is made by the committee about what the right timing of an increase is, it depends on unfolding data in the months ahead,” Yellen said. “An increase this year is possible. We could certainly see data that would justify that.” 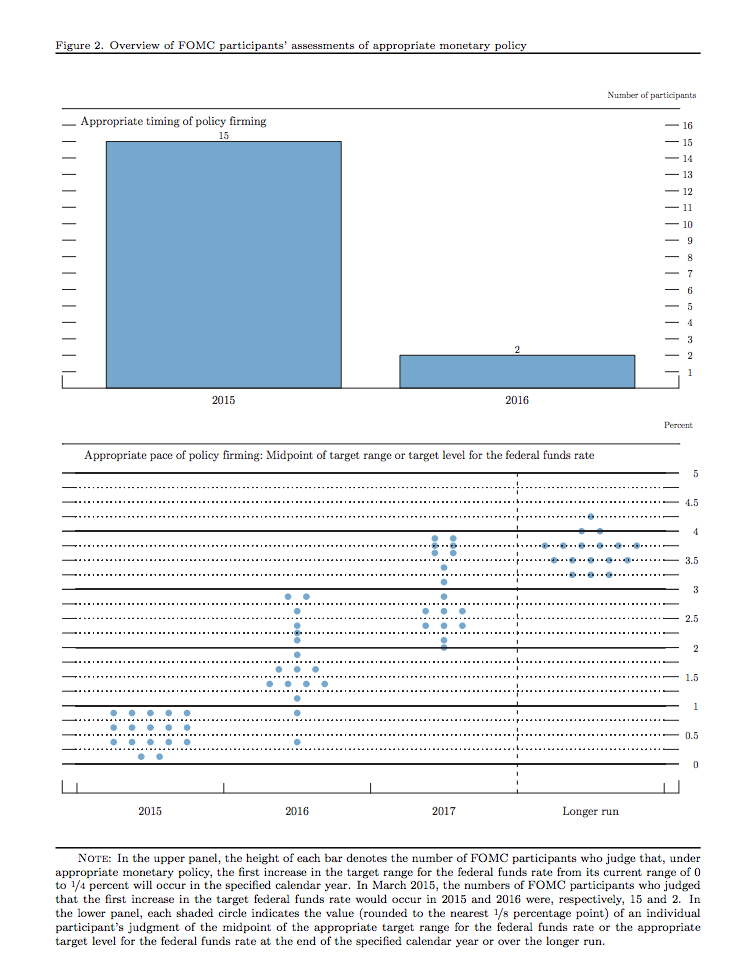 It’s exactly when this year that still remains to be answered.

Analysts at Goldman Sachs (GS) told clients earlier this month to look for the Federal Reserve to raise interest rates above the current level of 0% in mid-September.

However, in an email authored by Chief Economist Jan Hatzius, this forecast for rising interest rates to begin in September remains “a close call.”

“We think the risk management case for delaying the first hike until 2016 remains persuasive,” Hatzius writes. “There is substantial uncertainty around the economic outlook, the equilibrium funds rate, and the true amount of labor market slack. This uncertainty has asymmetric effects on optimal monetary policy, and generally favors waiting.”

Yellen noted in the press conference that most participates are anticipating that a rate increase this year will be appropriate.

“That assumes that they’re expecting a pick up in growth in the second half of this year and further improvement in labor market conditions,” she said.