The housing market right now is competitive. Multiple potential buyers are jumping on houses hoping to land a deal, and it’s projected to only heat up moving into the spring home-buying season.

Sixty-one percent of offers written by Redfin agents faced competition from other buyers in March. While it is down slightly from 63% in March 2014, it’s up from 57% in February, the latest housing report from Redfin said.

However, the report cites that the housing market feels more competitive this year compared to last year because there are more homes for sale. 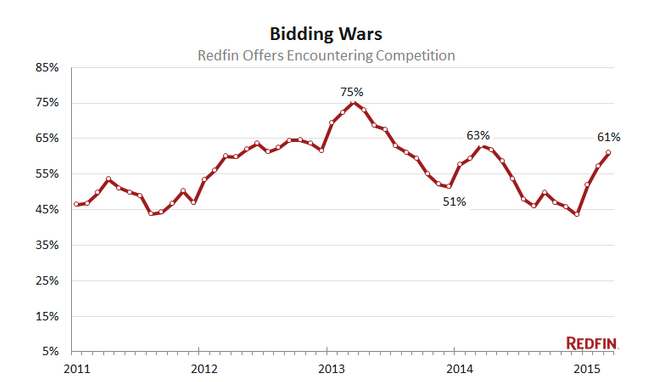 So how are buyers standing out?

The number one answer is cover letters. Cover letters are becoming commonplace again, with 43% of winning offers using them in March, up 35% from last year. 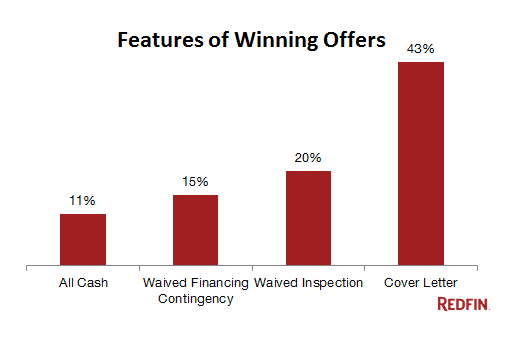 Click the next page for a chart of the most competitive markets.

While the majority of the nation reports that bidding wars are down from last year, California remains an anomaly.

Both San Francisco and Ventura County not only fail to follow the trend but are also surging higher.

Although Ventura’s bidding war percentage is one of the lowest in California, it is one of the fastest growing, moving from 33% last year to 54%. 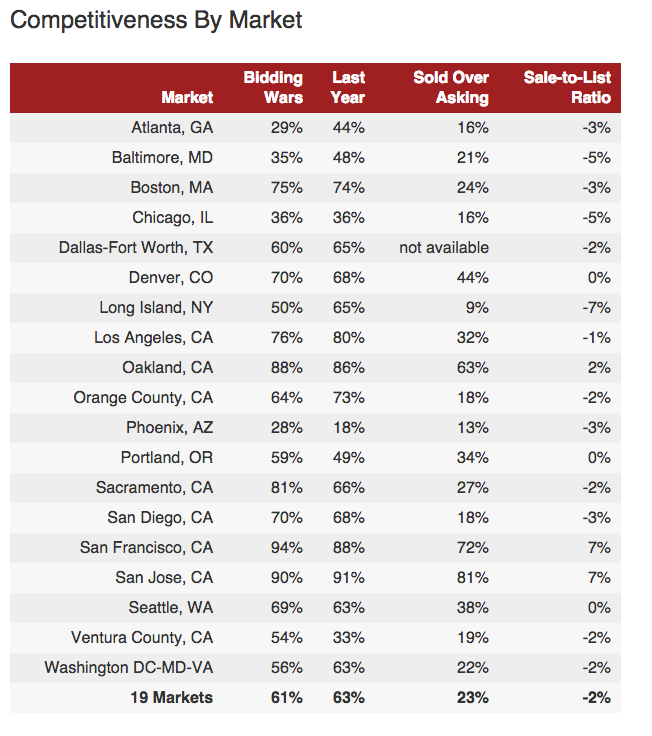