Over 75% of housing markets witnessed traffic below expectation, which includes all of the top five markets, according to the Credit Suisse December survey of real estate agents.

As a whole, the buyer traffic index increased 2 points in December to 37 from 35 in November.

Despite the favorable mortgage rate environment, it failed to drive the level of excitement seen during past instances of low rates.

As a result, here’s how the top five housing markets performed in December:

Buyers are waiting on the sidelines for a better price in Phoenix, causing an increase in price negotiations. The buyer traffic levels grew to 25 compared to 13 in November but are still well below agents’ expectations.

“Sellers still think they can be aggressive with pricing, but buyers are clearly rejecting anything that doesn’t seem reasonable,” agents said about the market. 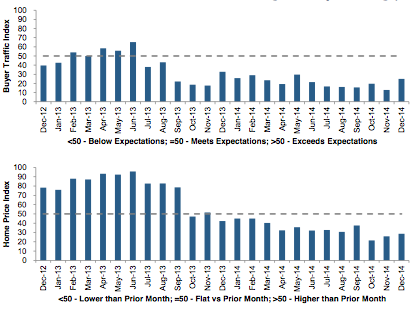 Traffic marginally increased in December, moving to 29 from 26 last month. The article noted that although potential buyers remain cautious about the local economy and employment markets, hope remains among agents that lower rates will bring a more active environment in 2015.  “I don't think the public is aware that the rates have fallen again. If they stay around 3.75% in January we should have a good start to the year,” the report said. 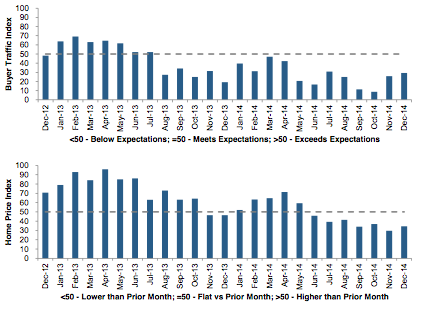 While buyer traffic increased from 40 to 33 in November, the sub-50 level still indicated slower than expected levels. Agents noted that lower inventory is keeping buyers out of the market despite the fact that rates are so low. “Interest rate dropped again and some buyers are rushing to take advantage of the lower rates,” agents added. 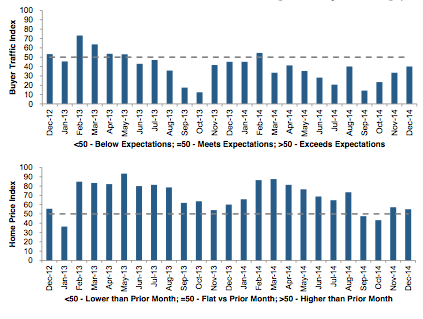 Buyer traffic slipped in December, with the buyer traffic index dropping to 22 from 33 in November. However, thanks to corporate relocations there has been some activity seen at middle price points.

One of the most notable relocations was Toyota Motor Company’s announcement that it was moving from its California headquarters to North Dallas.

Agents noted that they have seen many couples/families looking at the new home market, and particularly in the $300k to $450k range.

“Same holds true for older clients that presently have a two-story and looking for single-story home for health reasons. Our market is slowing above $500k,” they added. 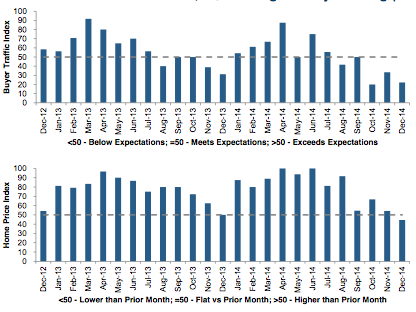 Oil Prices are taking a slight toll on housing, with a few agents mentioning that it is beginning to shake confidence. However, agents were more concerned with lower inventories slowing expected buyer traffic levels. Agents were quotes saying that falling oil prices beginning to weigh on people’s minds in a city dominated by oil.

The city’s buyer traffic index slid to 32 in December from 37 in November. 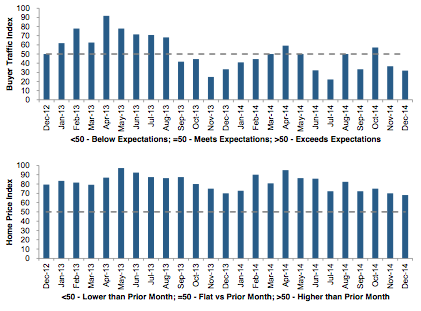