However, it was just a meager 0.42% increase from the previous quarter and is still down 16% from a year ago.

This also marks the 48th consecutive month where U.S. foreclosure activity decreased on a year-over-year basis.

“September foreclosure activity was back to pre-housing bubble levels nationwide, in large part thanks to a continued slide in bank repossessions,” said Daren Blomquist, vice president at RealtyTrac.

“However, a recent rise in scheduled foreclosure auctions in many markets across the country shows lenders are continuing to clean house of lingering delinquent loans. This rise in scheduled auctions foreshadows a corresponding rise in bank repossessions and auction sales to third party buyers in the coming months,” Blomquist added. 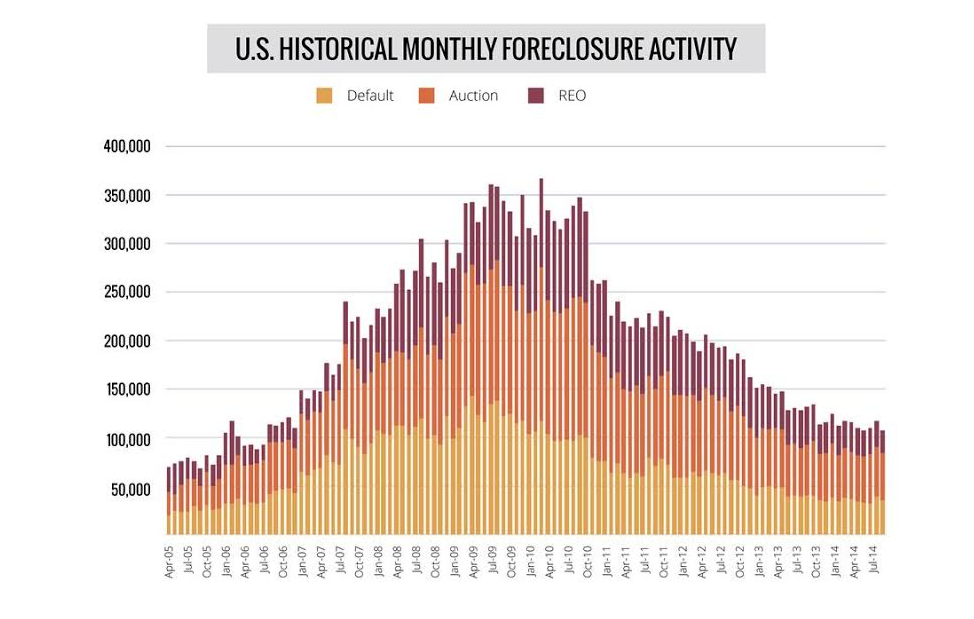