Investors seeking to get their hands on some subprime vintage debt will get their chance on Tuesday, when $366.14 million in non-agency pre-bust bonds are scheduled to trade.

The scheduled sale comes on the heels of a recent uptick in subprime debt trading.

In July, two separate bond deals from BlackRock jumpstarted a market that had been slumbering since January, when the Dutch State Treasury Agency liquidated the last $4.3 billion residential mortgage-backed securitization remaining from the ING US portfolio.

The January 16 sale of the ING portfolio was the largest single day of non-agency RMBS selling activity prior to BlackRock sale of $3.7 billion in debt on July 15, according to Interactive Data, which monitors secondary market bond trading.

And at the end of July, an undisclosed seller brought $640 million in non-agency subprime debt to the market.

Of note in the breakdown of the bond pool are some notorious names associated with the subprime lending boom, including: Ameriquest Mortgage, Countrywide Financial, Bear Stearns, Goldman Sachs, JPMorgan, and Citigroup.

Ameriquest and Countrywide were the two largest issuers of subprime residential mortgage-backed securitizations in 2005, with a total of more than $92 billion issued.

There are 52 total line items in the bid pool.

Click the image below to see a full breakdown of the offering’s line items, courtesy of Interactive Data. 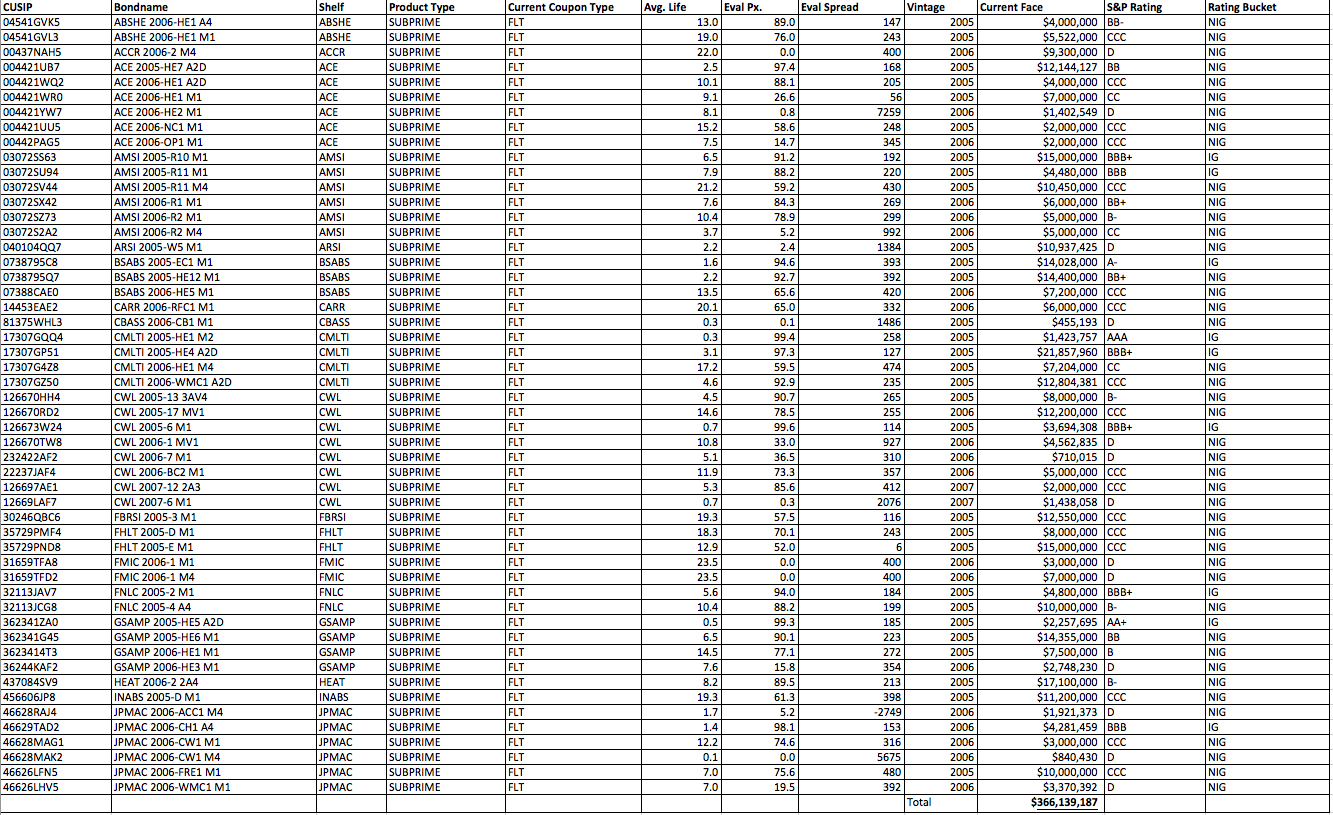