While the share of flipped homes is shrinking, the average sales price of single-family homes flipped in the first quarter was $55,574 higher than the average original purchase price. That’s up from a year ago when the average gross profit per flip was $51,805, according to the Q1 2014 U.S. Home Flipping Report from RealtyTrac.

The graph below illustrates that investors are back to buying lower priced properties and flipping them for healthy profit, even if the sales are at a lower share of the total sales than in years past. 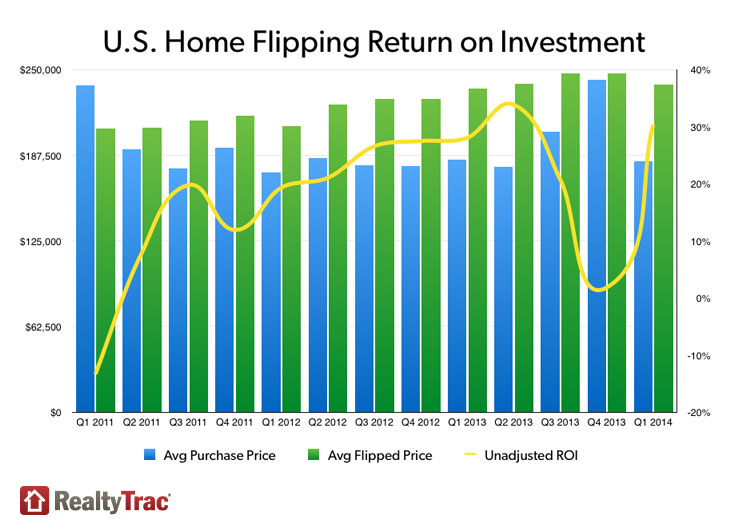 “Slowing home price appreciation early this year in many of the most popular flipping markets put some investors in danger of flying too close to the sun,” said Daren Blomquist, vice president at RealtyTrac.

“But investors appear to have recalibrated their flipping strategy, accounting for the slower home price appreciation even if that means fewer flips. This is another good sign that this housing recovery is behaving much more rationally than the last housing boom, which was built largely on unfounded speculation rather than fact-based calculations.”

The average time to complete a flip rose to 101 days, up fro an average of 92 days in the previous quarter and up from an average of 79 days for flips completed in the first quarter of 2013.